The Sims 4 Astronaut Career is one of ten careers available in the game. Although this profession primarily favors the energized mood, the first three levels require you to play chess and be in a focused mood. It is to your advantage to get your logic up to level 6 before reaching the fourth level. Building your logic up quickly is key. Luckily, the career provides you with the focus objects you need. 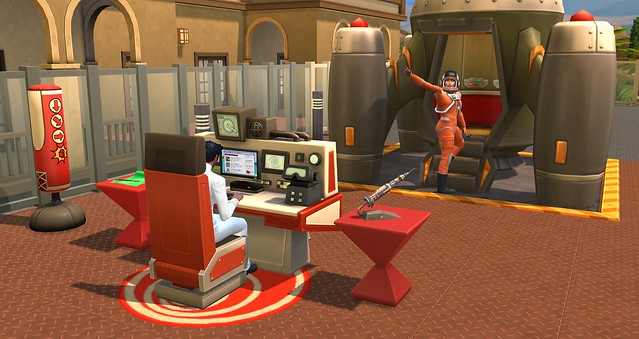 A single Astro Solar System Light will not make a room focused…but two of them will. Since they are cheap, you can buy a second light once you reach level two of the career and make a focus room where you can build up logic quickly. You may want to do an outdoor focus room and build logic with the telescope if you can afford it, as having an outdoor focus aura area will be useful later. For more about moods and auras, click here.

The shift from focus to energizing can be a bit jarring. The career does not provide any energizing aura items, so getting your Sims energized while working out will have to be done elsewhere. Unrefined crystals can make an energized aura room if you can find two of them while digging. If you keep on top of your work out daily task, your fitness skill should build up naturally as the career demands it. You may want to go ahead and buy yourself a rocket as soon as possible and start working on upgrading it. Not only will this build up your Rocket Science skill (which will be needed later), it will also give you an upgraded spaceship for flying your missions. 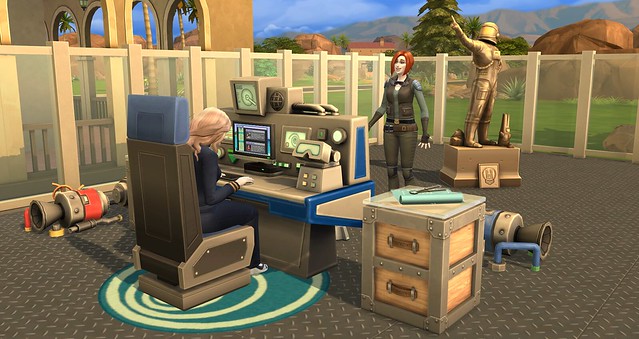 You don’t have to pick a specialized branch until level 8. Of all the career tracks out there, the Interstellar Smuggler and the Space Ranger branches are the most similar to each other. They both favor energized moods, they both require the exact same skills to progress, and they both require flying missions as their daily task. The reward items are pretty much equivalent. Ultimately, the main difference between the branches is a choice between more money or more free time. The Interstellar Smuggler earns a lot more per week than the Space Ranger, but only because they work more hours. If having more free time is important, Space Ranger is the better selection.