The Sims 4 Criminal Career is one of ten careers available in the game. The career starts out in a less-than-optimal place. The pay at all five early levels is really lousy compared to other careers. However, the criminal career has one saving grace: Bonuses.

Throughout the entire career, promotion bonuses are much larger than what you would see in other careers. The early career rewards are all about boosting the playful mood which is the desired mood. Mischief is the only required skill. Unfortunately, that doesn’t synergize as well as you would think. Playfulness doesn’t help you gain skill faster in Mischief. Angry actually boosts that. Also, playful mood aura objects are not helpful when your Sim goes to work, as the aura fades as soon as your Sim is no longer near the object. To get a portable playful moodlet, just view funny videos on Sims.TV, doable from any computer via the web menu. 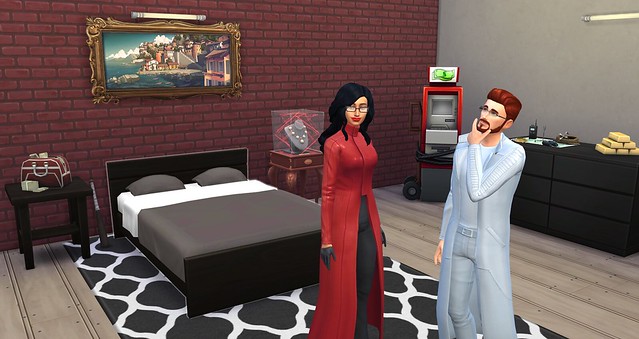 The Boss Branch has undergone some changes and starts to get a little tricky. Focused becomes the new desired mood and mean interactions are your new requirement…at first. For two levels the daily task switches to ‘upgrade objects’ which synergizes nicely with the new and quickly growing Handiness skill requirement. Since object upgrades are worthwhile tasks even if your career isn’t asking for it, upgrading objects and gaining work performance for doing so is a win-win. The Boss branch is by far the most profitable of the two branches, paying more per hour AND having you work fewer hours a week. 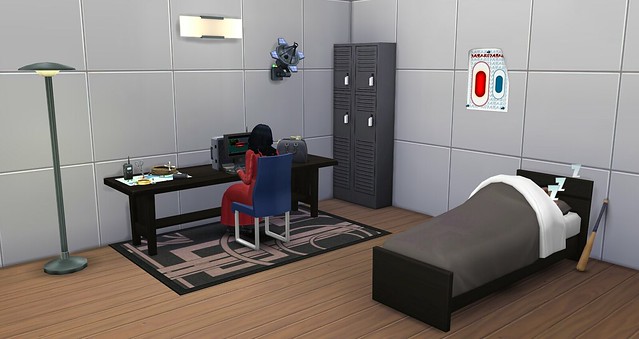 The Oracle Branch looks strictly inferior to the Boss branch at first glance. All of the levels pay you less per week compared to the Boss branch. What isn’t included, is the fact that your daily task (hacking or making viruses) will earn you money every time you do it, so it can be seen as supplemental income that isn’t shown on the normal numbers. It does require more hours a week than the boss branch. While you get a really nice computer on this branch, you may want to invest in a high reliability computer in the mean time if you have a sim that will be going down this path.

Given how often your Oracle will be using the computer, you want to keep breakdowns to a minimum. If you want your Oracle to use the computer when practicing Mischief, it is best to have a focus room with Angry or Happy aura items to help you build the skill. For more information on mood focused rooms, see our Emotions Guide.