MCV has published a small article on the Sims 3 series, including Generations. Nothing new, just a short overview of the series, leading into a Generations summary. 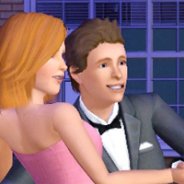 The Sims is one of the most successful game franchises of all time, with over 150m sales across the globe.

But look past the sales figures and you’ll also find a series that simulates real life in a lovable, charming and addictive way. With all the army shooters, space quests and fantasy action RPGs around today, the idea behind such a game may contrast greatly to other triple-A titles.

But EA has proven there is still huge demand for The Sims, and is regularly providing new SKUs and expansions to accommodate this.

As the fourth boxed add-on for 2009’s The Sims 3, Generations focuses on the most memorable experiences throughout life. Gamers can pick or create a sim character before taking them from childhood, through their teens, into adulthood and then old age.

At each generation the sims can take part in various activities, from destroying a friend’s sandcastle as a child, to throwing a noisy house party as a teenager or getting married and having a stag night as an adult.

These experiences can be saved using the in-game Memories system, allowing them to be uploaded and shared to Facebook.

“Since The Sims 3’s PC launch in 2009, the franchise has gone from strength to strength,” EA’s product manager for The Sims Bolu Akindoyin tells MCV.

“And the continued success of the 2010 console launch has exceeded our expectations.”

“With every new expansion for The Sims 3, we continue to satisfy a dedicated community that is hungry for new content, new experiences and new ways for their sims to play with life.”

During childhood, players can choose to take dance classes, misbehave with their imaginary friends or play in tree houses. During their teens, sims can play pranks on each other such as putting dye in the shower, or they can become king or queen at their school prom.

As adults, sims can attend bachelor and bachelorette parties, or even have a mid-life crisis and change their hair style and more.

With so many different possibilities throughout each sim’s life, The Sims 3: Generations boasts strong replay value. The generational approach also makes the game appealing to fans and newcomers.

With all these new features and memories, The Sims 3: Generations promises plenty more life simulation gameplay that fans of the series know and love.

EA is focusing on web-based advertising for The Sims 3: Generations to reach its large Sims community. The publisher also has a range of PR activities to promote the title around its release.

As the third game in The Sims series, this title first arrived on PC in 2009 before heading to consoles last year. It currently has a Metacritic score of 86, with three Stuff packs and three expansions. Generations is the fourth