"This is My Joystick" Reviews Pets | SimsVIP

It seems that after a lifetime of not really bothering with the Sims as a series, with this very piece I’ll have reviewed two of the games in relatively quick succession (with another on the way). The Sims 3: Pets is the latest title out of EA’s stable (fnar fnar!), introducing dogs and cats (and horses, in the PC version) into the plate-spinning life simulator that is the Sims 3.

What separates this Pets edition over the previous expansion from Sims 2, is that you can now control the animals that are in your household; after all, they’re part of the family! Released as an expansion pack on PC, but as its own separate game on other formats, EA have put a lot of marketing power behind this title. Do pets win prizes or is it a big, steaming dog turd? 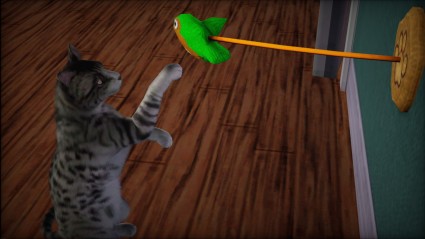