The Sims 3 Showtime which, when announced, was completely rejected for various reasons, today is one of the most beloved expansion packs of Simmers, just ask any player to prove it – of course there are exceptions, it is impossible to please a completely public as large. 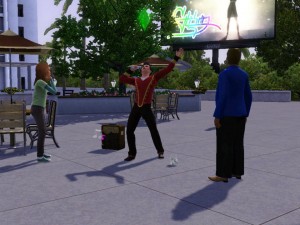 The Sims 3 Showtime theme behind the quest for fame to Sims, theme requested by old and new players to the year due to The Sims Superstar, released in the first generation of the series and which addressed a similar theme. The sixth expansion pack for The Sims 3 arrived on March 6 to shake the world The Sims with a ton of new stuff! Check out a complete analysis of the game, written by staff writers of The Sims Style.