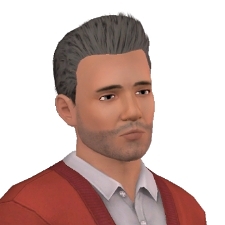 Thank you for all the great questions over the last few days! We knew that The Sims 3 Supernatural was a really robust expansion pack and that we had a passionate and knowledgeable community of Simmers, but we really didn’t expect anything like the number of questions we’ve gotten. It’s really exciting!

You all have some great questions. The good news is, we will do our best to answer as many of them as we can as quickly as possible. We won’t be able to get to all of them today—there were just so many!

Here’s the first set of answers, and we’ll continue to answer your questions and post them as fast as we can. There is a lot of work still going into The Sims 3 Supernatural, so some things we won’t be able to give definitive answers to until a later time. Thanks for your patience and we’ll get to each question as soon as possible.

The whole team appreciates your dedication to The Sims and it means a lot to us. We are all very passionate about this game and can’t wait for you to play it in September!


1 – Do Vampires still have to ask “permission” to bite someone? (Since Zombies now get to do so freely…)

Yes, the Vampires will still need to ask permission before they bite someone, but players can create a special elixir that will provide an alternate path to turning a Sim into a vampire.

2 – Will the Lunar Cycle/fog work in other worlds besides Moonlight Shores?

The lunar cycle from Supernatural will work in other worlds but the atmosphere (including fog) is unique to Moonlight Falls.

3 – Will vampires from Late Night be retconned or will there be two varieties of vampires for those who have both expansion packs?

The vampires are the same Sim type as the ones in Late Night with additional visual options and new ways to intimidate, so you won’t see two varieties in your game if you already own Late Night. And of course a big difference is that you can now just create vampires and change the way they look right from the start in Create A Sim.


4 – How much QC is being done on this prior to release? Paying customers deserve product which actually works.

We know that quality and stability are things that are important to The Sims 3 players and these things are very important to us as well. With each product we release, we put a large amount of time and resources into testing all areas of the game experience, including testing with all combinations of previous releases and a very numerous set of system configurations. As a matter of fact, The Sims 3 Supernatural is currently going through a process which requires the game to pass through several gates that occur over the course of several months including internal review from multiple teams of dedicated QA testers and critical review and approval from independent EA certification teams. After the game is released, we have additional quality and customer support available through the EA Help Center for players who have questions or who experience a problem with their game. We are going to great lengths to ensure everyone has the best possible experience playing The Sims 3 Supernatural.


5 – The OP mentioned controlling celebs and supernatural populations: How would this apply to our Late Night celebrities? Will players be able to remove celebrity status from their existing celebrity sims?


6 – What will the lunar cycle do to normal Sims?

On the full moon there is a chance a Sim may get the Lunacy Buff, which will cause them to act slightly odd and perhaps perform a Lunatic Slap or Lunatic Embrace with another Sim, or they just might Freak Out. We’ll have more details surrounding the lunar cycle in the coming weeks to tell you all about!


7 – Can ghosts be created in CAS AND by magic?

es, you can create ghosts in CAS AND pick their death type. Plus, we have 3 new ways for Sims to die in The Sims 3 Supernatural. More details will come later, but what I can tell you know is that deaths are caused my magic, alchemy, and one of the new objects.

Well, maybe not “any” color, but players will be able to make Sims in just about every color of the rainbow. We have tried to provide a very diverse pallet to the skin tones in The Sims 3 Supernatural so you could create a wide variety of supernatural Sims, including the more extreme looks that people have in their imaginations.


9 – Will there be a potion’s or spell’s a normal Sim can buy from witches to get a promotion, fall in love, or make money?

Each of these 3 things can be accomplished with Magic of one sort or another, we’ll be addressing more about these details in future live broadcasts and in developer blogs.

Yes, we made it a point to support the good and evil traits in wishes and autonomous behavior to let players better tell stories of good and evil witches and fairies.


11 – Will witches only be able to use spells with the alignment, and turn green and/or bubbly once they reached the top skill level like in TS2?

While some spells are more good or evil than others, Casting them will not affect your Sim’s appearance. The Sims 3 witches are based more on current pop-culture witches like Harry Potter than on Wizard of Oz (as was the case for Sims2) Since you can make your witch in CAS and specify what they look like, we decided not to affect appearance by the spells you choose to cast. Spells do come in a variety and some lean toward good or evil – but sometimes even good witches need to cast a curse!

There are no dragons in The Sims 3 Supernatural, but be assured there are plenty of other fun surprises in store.


13 – Are there any new toddler objects (CAS included)?

Yes, new objects that toddlers can use are the supernatural teddy bears, train set, fairy houses, and the new versions of the toy box and dollhouse. No new options in CAS for Toddlers however.


14 – Is there any creature-exclusive hairstyles or clothing?

We have tried to leave the clothing and hairstyles open to everyone to encourage more creative exploration, but our several of our clothing options are inspired by and tailored to specific supernatural types – torn clothing for werewolves, magical hats for witches, nature-inspired clothes for fairies, and “creature of the night” inspired clothes for vampires.


15 – Are more voices being added? (The fairy voice sounded new)

No, we didn’t add any new voice types to Supernatural.


16 – Are there more baby interactions? (Besides rocking chair)

Outside of the rocking chair, there are no other new baby interactions.


17 – Is the Moonlight Falls average Sim richer than usual? (e.g. Bridgeport Sims being the richest on average )


18 – Will the genie Sims from Showtime be either curable or compatible with the new SN-creatures?

All current supernatural Sims and special creature Sims will be “curable” with the Potent Cure Elixir except for the following: Unicorn, Imaginary Friend, and Ghost.


19 – When having for example 6 werewolves in a neighborhood in your active household, would you then in the slider options draw it down to “max number of werewolves = 0”, will those 6 werewolf Sims vanish completely into thin air, or will they just get rid of the werewolfness, and the same with all the other now controllable “life states”?

The new population control settings use checkboxes and not sliders. There has been some confusion over the new “Population Control Settings” that will appear in the option panel so let me explain this in a bit more detail.

Each Sims 3 town is setup to support story progression; this allows neighbors to move in, get married, promoted and advance in life. The game is basically working behind the scenes to keep the world balanced, alive and interesting over longer periods of time. This system also helps determine if there are too many or too few of a particular type of Sim and tries to keep it at an ideal population. The new population control settings allow players to turn this system on or off.

For example, if a player leaves the checkbox selected (the default), then they are choosing to have the game populate the world to its ideal setting for that particular Sim type. When the checkbox is empty, the game will do nothing to adjust the population of that Sim Type. Sims may still have supernatural babies, or may die, but the game will not go out of its way to maintain an ideal population for that Sim type. Note – If there are already werewolves in your world and you uncheck that Sim Type in the Population Control Settings, the existing werewolves will not be removed. If you would like a world free of werewolves, then you would need to make sure the checkbox is empty before any werewolves show up in your world.

There are also a few other fun ways that you can create and cure Sims in-game of the different supernatural types, stay tuned for more insights.


20 – How much will the trait system affect each occult type, for instance: Werewolves are already ill tempered (Read somewhere) so would one with the “Hot Headed” trait be twice as likely to “Make a Scene”? Also, in the case of Vegan Zombies, or whichever occult life-state, How in-depth in the trait/personality system at effecting Supernatural behavior?

Traits can affect the autonomous behavior of our new supernatural types and the wishes they will receive. For instance, werewolves with the Neat trait generally wouldn’t scrounge through the garbage autonomously. A fairy with the evil trait will get wishes to play pranks on other Sims much more often.


21 – Is the Alchemy skill varied enough that it takes a while to master, unlike say the Chemistry Set, that It [Alchemy] will in fact, be more akin to say Nectar making (A trial and error system)?

The Alchemy skill has a lot of depth and variation! Not only will you have a visible 10 level skill to master, you’ll need to research recipes and buy recipe books for the 40+ Elixir Recipes. And don’t forget that you’ll need to go out and find the ingredients to make each of these alchemical concoctions, which is a lot of fun for players who love gardening, or collecting bugs and gems. If that isn’t enough, players can become a self-employed alchemist and make simoleons from elixirs.


22 – How will the acquirement of the Alchemy and Magical items be done? Is it all in Build/Buy mode, or Do you get a mysterious package, or purchase it from a shop in town?

Alchemy is driven from the Alchemy Station, which is purchasable in Buy Mode. Most of our magical items are available in Buy Mode as well. Witches are a little special (and we’ll talk about that more later), but even they have some wand options in Buy Mode. We do have a special new shop in town that you can purchase elixirs and other items from – you’ll also see more on that in the future.


23 – I remember reading about broom-riding arenas; will those be a new venue?

Broom riding is possible and we have some surprises in store related to were broom riding can occur, however, I don’t want to give all the exciting details away just yet. We have a more in-depth look at this coming very soon!