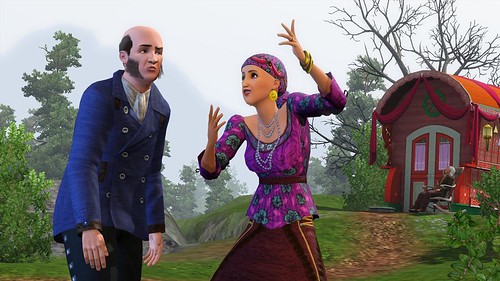 Fortune Teller is a new career in the Sims 3 Supernatural, but just as is the case with some of the game’s other career paths there’s more than one way to play. Since it is a supernatural expansion, you’ll have the option of turning your Sim into a mystic Fortune Teller with the power to see into the future for realsies, just in case you want to take things super seriously. If you’d rather play a more… realistic version of the profession, you can do that too, swindling people out of their money and scamming the world into believing your crystal ball is more than smoke and mirrors. 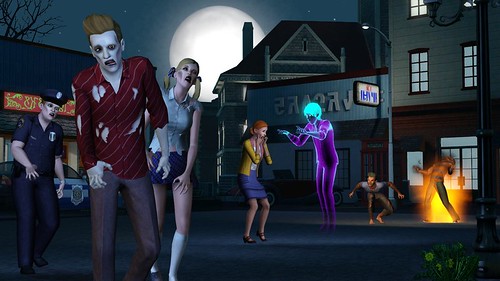 The full moon brings out the crazies

Though many will ignore the facts and argue the contrary, in the real world, the full moon doesn’t actually have that much of an influence over people. In the world of The Sims 3: Supernatural, however, it has a large effect, causing zombies to crawl out of the ground and all other manners of insanity to occur. Magical creatures are empowered during said lunar phase, creating interesting situations that can only take place when the moon is full. Don’t worry about waiting for one to occur naturally, though – it’s actually possible to customize exactly how frequent the full moon rises, allowing you to either hide it forever, or make sure it glows over your city every night. 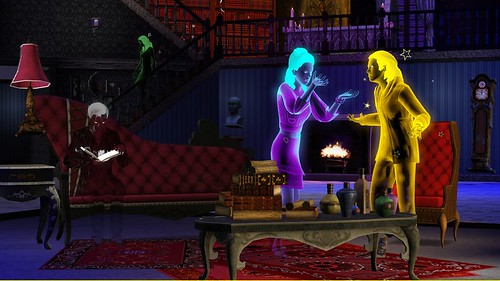 Ghost’s colors are determined by their death
Not every ghost in The Sims 3 is alike. Though they’ll all have the same abilities (see: being spooky and floating around), how they look is dependent entirely on the cause of death. Translucent red ghosts are birthed by fire, translucent yellow ghosts by electricity, and Translucent purple and blue ghost are… well, we’ll let you figure that one out for yourself. The change from human to specter can happen naturally when Sims, obviously, die, but it can also be chosen during character customization in case you want to create your very own haunted house. Wait, no, your very own haunted home. 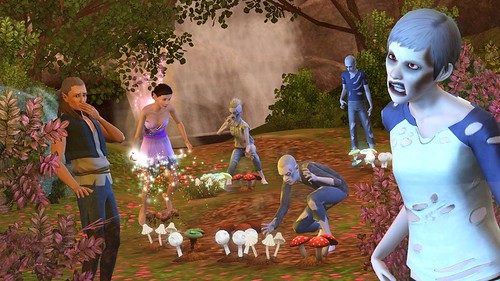 The age-old battle between the undead and foliage continues in The Sims 3: Supernatural, where those who pre-order the game are rewarded with Plants vs. Zombies paraphernalia. But beyond some cool cosmetic items, it also includes the ability to plant Peashooter lawn defense turrets. These not only look cool, but also help out when zombies decide to wander around your lawn during the full moon. 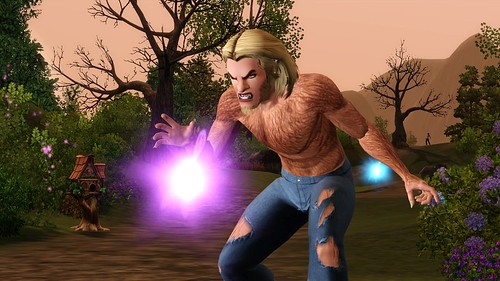 The werewolves are more wolfmen then wolf

Sorry, #teamjacob fans, the werewolves in The Sims 3: Supernatural aren’t going to turn into wolves and carry you through the forest anytime soon. Instead, they’re more akin to Teen Wolf’s werewolves, growing fangs, claws, and hair. Lots and lots of hair. Actually, you can even customize exactly how hairy you want your werewolf to be – and no, that’s not innuendo. 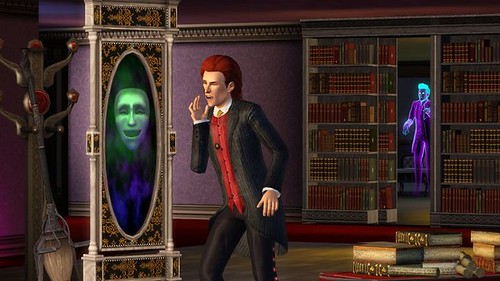 You can talk to a magic mirror

Who is the fairest of them all? Well, depends on who’s asking. The Sims 3: Supernatural adds a very familiar floating face with the magic mirror, giving our Sims a chance to chat it up with our reflection. Beyond being another face to talk to (which is sometimes the most important thing you can do), it also allowed us to get a makeover, just in case we need that little pick-me-up. 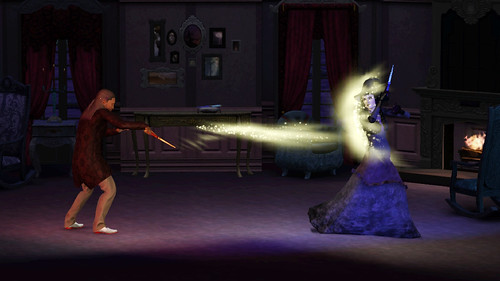 These were only a few things we saw when we checked out The Sims 3: Supernatural. We also lit our house on fire as the witch, hung out in our tiny faerie house as the faerie, and watched a surprisingly zen zombie sit on a lawn in a meditative trance.

Our minds are full of ideas for how we can expand our Sims 3 play with the upcoming expansion, what about yours? Are you going to Mulder your way into the world and explore everything Supernatural has to offer, or are you planning on being more Skully? Let us know!