With vampires, bots, imaginary friends and other strange beings brought into our Sims 3 communities thanks to previously released expansion packs for EA’s game, it’s hard to imagine things getting any weirder around the neighborhood. And then comes Supernatural, an expansion pack that unleashes a few new types of beings into the world, giving the player new ways to play the game, and new powers for their Sims to use and abuse at their discretion.

The following review contains spoilers, details and screenshots from the Sims 3: Supernatural expansion pack. It is based on game-play with a Macbook Pro with OS X Mountain Lion. This game is an expansion pack and requires the base game in order to play. 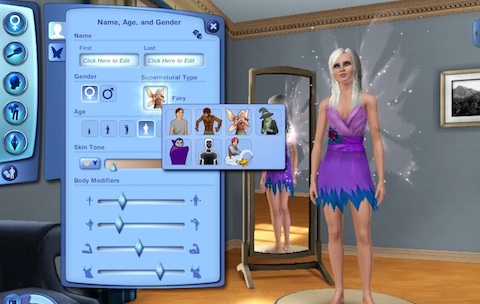