It’s been more than three years since EA’s The Sims 3 came out and the game shows no signs of slowing down — especially when one thinks that there is already another expansion (Seasons) on the way roughly two months after this latest one (Supernatural).  Supernatural expands upon the somewhat limited eerie content already available within the game (and its many previous expansions) and puts it all together in the town of Moonlight Falls. 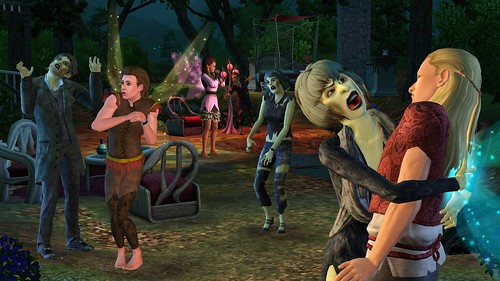 Moonlight Falls is more than just the quiet little suburb that most expansion towns are.  After all, what would one expect from a town populated with faeries, vampires, werewolves, and witches.  Sure, there’s the “normal” human Sim here and there, too, but that’s hardly the appeal.