Since the release of The Sims 3, rumors of The Sims 4 have been few, but definitely in the air. Now that we are about 4 years into the Sims 3 series, it isn’t all that unreasonable for The Sims Studio to already be deep into the creation of The Sims 4, assuming it does head into production.

Back in August of 2012, I received an anonymous email with a link to EA UI Designer Patrick Kelly’s public website. On his website, a project named “The Sims 4 (Olympus)” was listed. 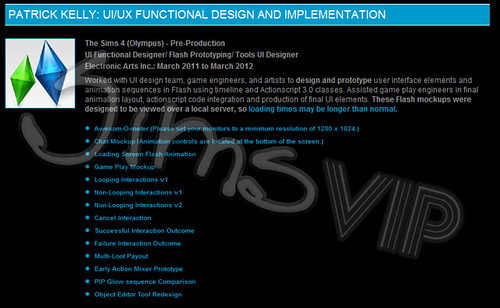 To give you a bit of background, Patrick Kelly has worked on projects such as The Sims 3 (PC), Spore (PC), SimAnimals (Wii), The Sims 3 (DS), and more. The “on-the-record” work and experience for Patrick Kelly, is only further confirmation that everything listed at his website was legit.

Notice anything about the “Plumbobs” shown in the photo above? It is not your typical glossy/shiny Sims 3 Plumbob. Here’s a closer look at them in a “Mock up” Loading Screen. 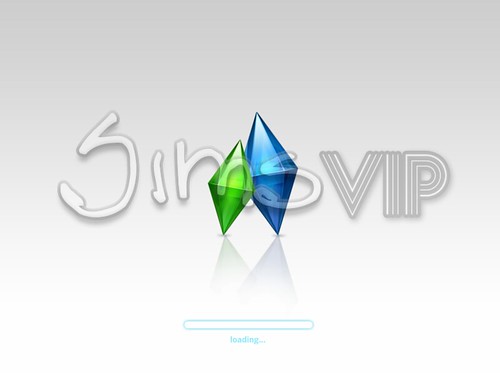 You may have seen the “Green Plumbob” pop up in plenty of online Sims 3 events, Sims 3 community day photos (here, here and here), and most recently in The Sims 3 University.  SimGuruSarah states that it is a re-textured Sims 3 plumbob, but I believe it is a bit more than that. If you have The Sims 3 University Expansion, you have definitely seen the Blue & Green Plumbob Statue titled “Into the Future”.

Description reads: This genre-defining sculpture was created by the senior class art students and donated to The Sims University to proudly display. The students involved in creating this sculpture couldn’t divulge their inspiration for this puzzling piece, except that they believe it’s a sign of things to come… 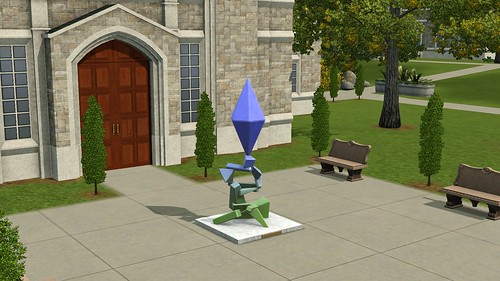 Some might argue that this would be a type of “Easter Egg” for the not yet titled Sims 3 “Future” themed Expansion Pack, but it includes the Blue Plumbob that has only appeared in The Sims 4 Pre Production UI Design screens below. It also has a pretty specific description attached.

The Sims 4 rumor mill started back in April of 2010, when an EA employee accidentally tweeted (scroll down to the bottom) about working on The Sims 4’s new Sim. The tweet was immediately deleted, but the employee was confirmed to be Cemre Ozkurt who worked on The Sims 3 Pre-Made Sims.

There are currently three (one, two and three) Designers & Producers working on “An Unannounced Sims Title” dating back to 2010. If The Sims 4 heads into production at some point, it is only fact that they are already working on it.

SimGuru’s Shannon & Trev have also shifted to a new team in Maxis that is closely connect to The Sims Studio. Considering that Shannon has been around since the Sims 2 days, it is only expected that she’d be working on the production of the next series. 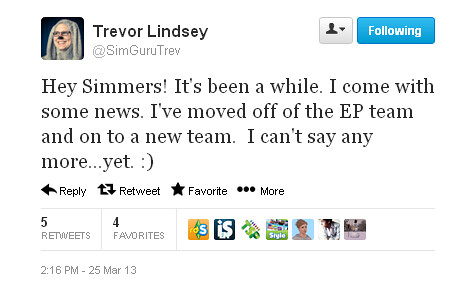 With all that said (and I’m sure there’s plenty of skeptics out there), below are the screenshots that were found on Patrick Kelly’s public website in August of 2012. I’ve been sitting on them for a long while now.

Please Note: The photos below are showcasing the possible User Interface Design for The Sims 4. The images were posted by Patrick Kelly on his public website as an example of his work. The website was since deleted after EA was notified of the “leak”.

There is nothing else in the photos below that represent actual graphics, Sims, or gameplay, and the “mock up” designs may or may not make it to the final game. Again, the photos below were displayed to show off a “mock up” UI Design. Nothing more.

For more information on what UI Design is, please see here. 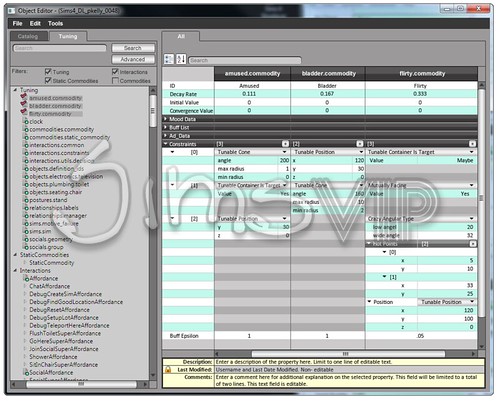