With the Sims 3 recently announced to be standing politely aside for a fourth iteration next year, the release of expansion packs certainly hasn’t slowed down, with EA causing a buzz back in January with the announcement of not only the recently released University Life, but a very ambitious looking expansion, Sims 3 Island Paradise.  This pack, due to hit store shelves in June, is centered around island life in all its lazy, hedonistic glory, as the Sims team jerk back the cover from a new world, Isla Paradiso. 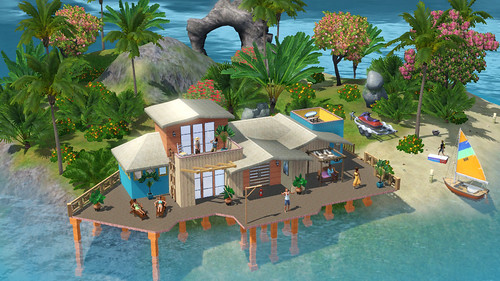 Rather than being just a regular holiday resort, the team have endeavored to provide a little something for everyone, from managing resorts and building them into five star holiday destinations, to slacking off on the beach and exploring – both on and under the water. As expected, we had a few questions and Ryan Vaughan, Lead Producer was happy to answer them.