*UPDATE* It has been confirmed via Origin that the “Carnaval Costumes Pack” is indeed the Origin exclusive pre-order bonus for Island Paradise.

ONLY ON ORIGIN: Order The Sims 3 Island Paradise Expansion Pack and you’ll get the exclusive Carnaval Costumes Pack, featuring two new outfits to make your island getaway even more festive!

The first one is obviously the Limited Edition survival pack, however, the 2nd pack is yet to be announced. According to the photo provided by Benji, the bonus content is as follows: 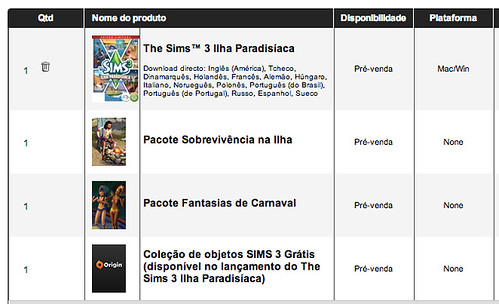