As you all know, I host a giveaway on the site for each game that releases, and at the end of May SimsVIP will run a giveaway for Island Paradise as well. This time, the giveaway is getting an awesome gift from a very special person!

Wreck_Diver (both on official forums and SimsVIP) has kindly donated a copy of Island Paradise for our upcoming giveaway. The copy includes a physical or digital copy of the game (winner chooses), and the pre-order bonus that comes with the game.

Now you may be asking, what makes this giveaway contribution so special? Well Wreck_Diver is not just any ol’ simmer, he is a great asset to this country. Here’s his story: 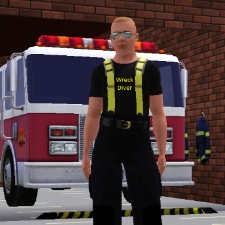 I am a Professional Firefighter / EMT with over thirty SCUBA certifications encompassing Recreational, Public Safety, and Technical Mixed Gas Diving.

I’ve dove under ice on Cape Cod, dove in caves in Mexico, wondered about locomotives in 90 feet of water off America’s Hometown, penetrated German U-boats 130 feet underwater off Rhode Island, circled freighters 165 feet deep off Florida, got stuck in a sunken shopping cart 30 feet underwater while looking for a drowning victim in zero visibility.

There isn’t too much I haven’t done or seen in the water, so needless to say, I am ecstatic about seeing SCUBA represented in Island Paradise (and whether or not the developers heeded my detailed explanations why “Running out of oxygen” should be corrected to “Running out of air.”)

About a decade  ago, I was diving the wreck of the Pinthis, a 208 foot coastal tanker that was carrying a half million gallons of high octane petroleum in 1930 when it collided in the fog with a passenger ferry called the Fairfax. The collision caused an explosion and the Pinthis sank with all 19 crewmen.  Thirty passengers on the Fairfax died in the inferno as well.

I was on the wreck on the 75th anniversary of the loss, serenely frog kicking 105 feet below the surface when I suddenly heard Cher singing “I Got You Babe.”

I was MORE than a little freaked out and when my jaw dropped, I lost my regulator and I lost my air supply.  It wasn’t until the song shifted to Bob Marley’s “We’re Jamming” that I realized the charter boat captain hung an underwater speaker over the side of the boat and dropped it in the water so the divers could listen to the captain’s choice of music.

As you can see, this awesome gift comes from a man who’s got some amazing and jaw-dropping experiences under his belt. Wreck_Diver will also be featured in an upcoming article in The Sims 3 Official Magazine, so make sure to look out for that when the next issue releases. 🙂 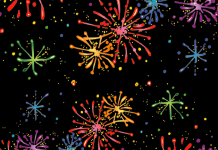