Australian retailer JB HI-FI is confirming a possible release month for The Sims 4. According to a “poster” found in one of their brick and mortar shops, we can expect a release as early as March 2014.


EA recently confirmed an early 2014 release in their financial reports, so this news just further confirms how soon the game will arrive. Again, we always have to leave room for push-backs (which do happen), but as it stands now, we can expect The Sims 4 to be in our hands in less than a year. 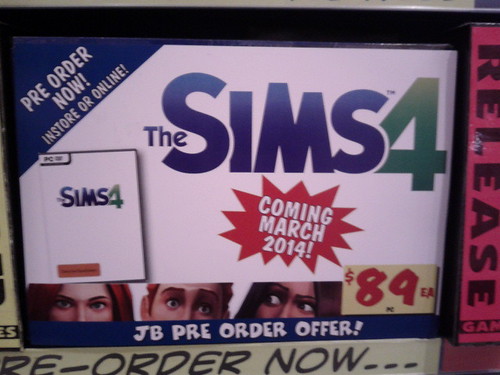