Will the Creator of This Box Art Please Stand Up? | SimsVIP

*Update* – We have the creator! Let’s give a round of applause to palmtreecod for having their box art featured on a national retailer. *claps claps*

How many simmers out there can say that their “fan made” box art made it onto a national retailer’s listing as an official asset? As of right now, at least one!

NewEgg.com has posted a fan-made box art for The Sims 3 Island Paradise listing. Someone out there has managed to get their work displayed as an official asset on a national retailer, and I would like to know who it is so I can congratulate them. 😛

As much as I ♥ NewEgg, this is unacceptable for such a reputable company. They even included the Sims 3 University Life Limited Edition Content as an official asset! C’mon NewEgg, even SimGuruGraham #FacePalm-ed!

Will the Creator of This Box Art Please Stand Up? 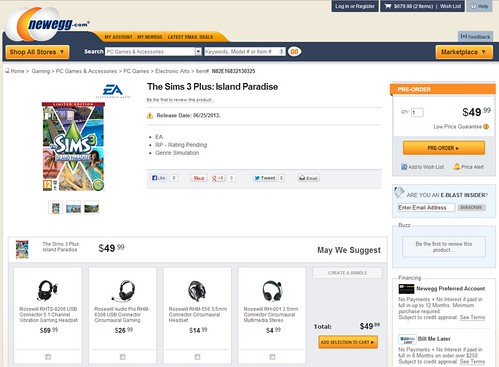