The entire staff here at SimsVIP would like to thank The Sims UK for the opportunity to attend this amazing event. I was not personally able to attend the event – since I am waaaaay out here in the USA –, but we were able to send our very own Hortensis & DuckEggPie. Special thanks to them both for putting together the awesome previews! 🙂

My thanks go out to SimsVIP, and everyone working behind the scenes to make attending the event possible. In addition, I would particularly like to thank EA UK for hosting the event and looking after us so well. 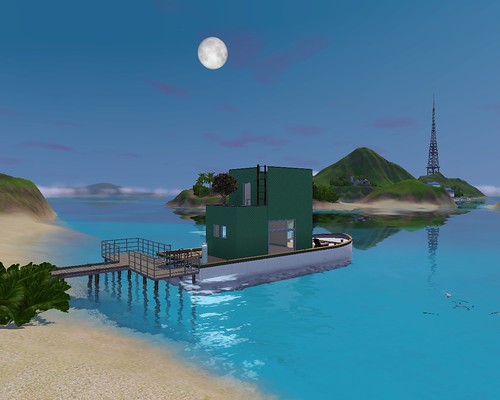 Thanks to EA UK for inviting me to preview the new Sims 3 Island Paradise expansion pack this Tuesday. It was a fantastic event and a great chance to meet up with old and new friends from the sims community and also a great opportunity to get you guys some (hopefully) new info on the EP! There is never as much time at these events to play as we would like so unfortunately I didn’t get to find out as much as I would have liked and it all got a bit rushed at the end.

Most of what I have found out is about house boats, buy debug and mermaids. I hope you will all find it interesting! Simmer Hortensis was also invited to the event and managed to find out more information on other parts of the game than me so do also make sure you read her preview too!

I’ll start with buy debug, there aren’t a huge number of new items in the current categories but there is a whole new tab in the buy debug menu for Underwater Items. This includes all the decorations you will see on the dive sites, they also make very nice lot decorations and I used some on the house boat I built. I didn’t have time to list them all but there is a  huge selection which I’m sure you will all enjoy discovering.

In the miscellaneous tab of buy debug there are a few new items:

♦ Helm by Helm Street Designs – This is the console for controlling your house boat.

♦ Gangway Style – A gangway for sims to get on and off houe boats.

All 3 of the above are already placed on your house boat for you when you create it.

♦ Scuba Buoy  -These mark spots in the sea where your sims can scuba dive and indicate the difficulty of the dive spot by different coloured flags.

♦ Two types of Treasure Chest, one Underwater and one Land.

♦ Tree Planter – I had assumed these worked the same way as the planters in Supernatural but when I placed a tree in one on my house boat my sims couldn’t get to it to water or harvest. (This may have just been a problem with the positioning in my game though.)

♦ Mosquito Repellent – exactly what it says. I guess this can be bought at one of the shops in town but I didn’t get chance to find out.

♦ And of course, the new  Mr Mariner Gnome! 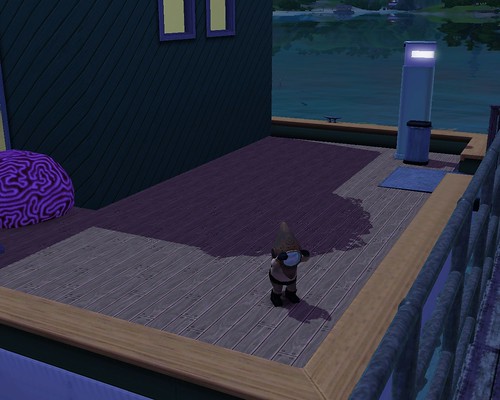 There are also several new spawners and a new plant.

You are given a selection of size options (which I forgot to note down), I went for a 12X6 curved bow boat, but there were 6-8 other options available. Your sims can live exclusively on a house boat or they can own both a regular house and a house boat. It isn’t clear whether they will be usable in other worlds. We were told by SimGuruGraham that underwater lots won’t be usable in anywhere but Isla Paradiso as they require much deeper water than other EA worlds have so this may be the case for house boats too. I’m still hoping that we will be able to use them though!

If you have the Pets expansion pack your pets (even your horses!) will also be able to use the houseboats. Dogs and Cats can access the houseboat by the gangway in the same way as sims do but horses will apparently use their own special boat to get onto a house boat! (I’m looking forward to seeing pictures and videos of this when the game is released!) Your house boat will have a specific port as its main home but you can change this by clicking on another vacant port and setting it as your home, this seemed to cost my sims around 8,500 but may vary according to which port you choose. When your boat is stationary it will bob up and down in the water.

I built my sims a fairly basic house boat using the new ladders from build mode and a lot of the new buy mode items to furnish it. Unlike regular lots, you can build all the way up to the edge of a house boat. I used the new spiral staircase,  one of the new ladders and the new all in one bathroom to save space inside the house and  gave my sims 2 outdoor areas on the roof. I didn’t get to spend as much time playing on the house boat as I would have liked but it great fun especially if you like the challenge of building small houses!

I wasn’t planning on finding out so much about mermaids but my game had other ideas. I was taking my sim scuba diving when a rather pretty mermaid with bright red hair turned up and after a short underwater chase he managed to catch up with her and greet her. One very bubble filled conversation (and a little help from testingcheats) later they were best friends. (Below are the friendly interaction options for mermaids)

Once they were friends he decided to ‘Ask about fish parts’, the result of this was that she gave him some Mermadic Kelp telling him if he wanted fish parts of his own he just had to eat it. Mermadic Kelp is also available as a lifetime reward if you don’t want to spend ages looking for a mermaid. He went up onto land and ate the kelp (I have a video of the transformation and other clips on my youtube channel, http://www.youtube.com/user/duckeggpie) and became a mermaid. Once a sim becomes a mermaid their motive bars change and hygiene is replaced by hydration. This can be fulfilled by swimming in the sea or pool or by bathing and showering. If a mermaid becomes dehydrated they can die.

Once your sim has become a mermaid they can continue to eat normal food but they also enjoy eating Kelp which can be bought or harvested on dive lots. They must also swim in the se regularly otherwise they will get a salt water deficiency and will eventually become human. I didn’t notice that mermaids have any special powers but when your sim becomes a mermaid their scuba skill will be maxed out instantly.

They have a special ‘Mermaid’ social interaction category with other sims which includes ‘Discuss Kelp Recipes’, ‘Talk About Sharks’ and ‘Enthuse About Diving’. Mermaids can only be created by playing the game, you cannot make them in CAS however you can take them back into CAS and recolour their scales and fins (my game crashed when I tried to take mine back to CAS so I didn’t get to see this myself).

While on land they have legs which are covered in colourful scales, when they swim their legs will transform into a single fin. They can be controlled in the same way as any other sim both in and out of water but they can scuba dive for as long as they want without having to resurface. Once your sim has met a mermaid they can try to summon it, the interaction ‘Summon Mermaid’ comes up when you click on your sim. They will blow a horn to summon the mermaid and they may or may not turn up.

Mermaids can have children and I assume the genetics work in the same way as for other supernatural babies. There are no physical signs on a baby as to whether or not they are a mermaid, if they are they will have scaly legs when they age up to toddler. There don’t seem to be any special options for toddler or child mermaids. Once your mermaid is a teen they seem to have all the options available to an adult mermaid and their legs will change into a fin when they go swimming. Platinum Simmers also managed to get a mermaid baby so be sure to check out their preview for more information. 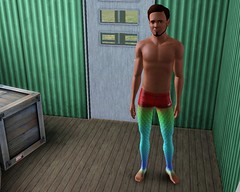 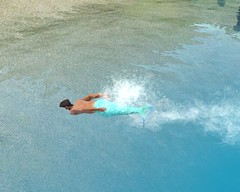 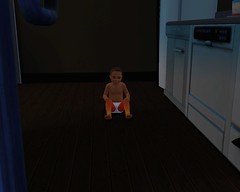 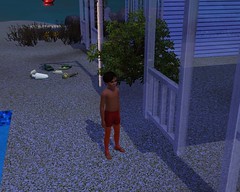 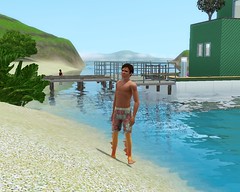 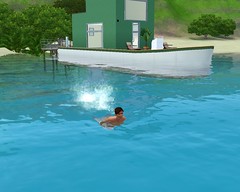