Meet Kari Noble. She’s an athletic, friendly, punky type who loves water so much she would probably marry it if there were any chance that at least one religion wouldn’t deem it a mortal sin. 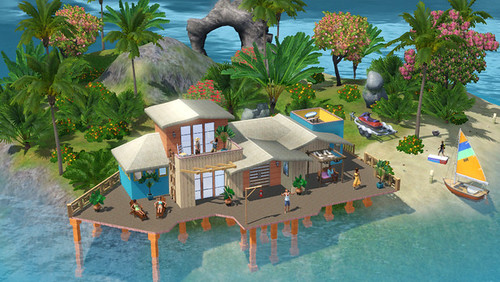 She moved to Isla Paradiso on the basis that a tropical archipelago was probably going to be more fun and more interesting than either a standard sleepy town, a city infested with vampires, or France. She packed up her things, bought a houseboat, and decided to make a new life for herself here.