The August issue of Die Sims Magazine (Official German Magazine for The Sims) has given folks a peek at their upcoming cover for the magazine releasing on August 16th. SimFans.de has translated the notations on the cover, and Multitasking in The Sims 4 has been confirmed. 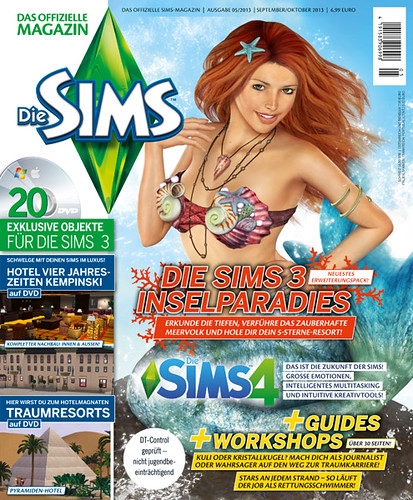