I was always a fan of steampunk – even before I knew what steampunk was. I was more or less raised on fantasy and science fiction. In our house was a copy of The Encyclopedia of Science Fiction, a massive book that included time lines,major authors, novels, pulp fiction, TV series and films, etc. I was from here that I noticed that the natural progression of science fiction seemed to start with steampunk and the time it seems wedded to — the Victorian era. As a big fan and viewer of various adaptations of Sherlock Holmes, especially the UK ones, which were set in actual Victorian areas and showed off the era’s buildings and fashions, that’s also one of my favorite eras. Combine my two great loves and you get steam-based technology with some early electricity along with the clothes and mannerisms of the Victorian era added; and I think you understand why steampunk appeals to me. 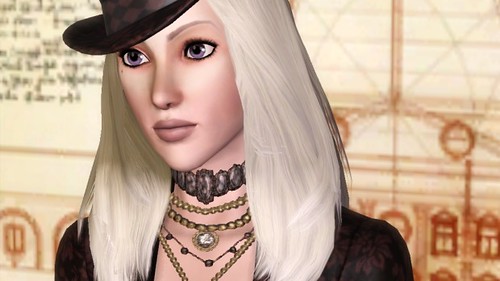 My first hints of truly discovering and understanding steampunk were glimpses from some of my favorite movies. They included apocalyptic and dystopian worlds depending where people would hold onto scraps of the pre-apocalypse world. I also enjoyed cyberpunk tales such as Bladerunner. It was dark and different and definitely not for everyone. Then it narrowed abit when I discovered fantasy films like Hayao Miyazaki’s Howl’s Moving Castle,Nausicaä of the Valley of the Wind,Castle in the Sky and Spirited Away. It was when I discovered the steampunk subculture that I found the only way you can have a multi-era, multi-cultureand multi-tech world and have it work! This subculture finally made sense to me and I knew what it was!