The Sims 4 from Maxis and EA is by far one of next year’s most anticipated games, and we hardly know anything about it yet! The Sims franchise is lucrative to say the least, and has a die hard fanbase that are always eager for the next installment, the next improvement and the next lot of stuff they can make their Sim do. At this year’s EB Games Expo, I was able to sit down with a very early build of the new Create-A-Sim and see if the game looks like it will live up to the hype. 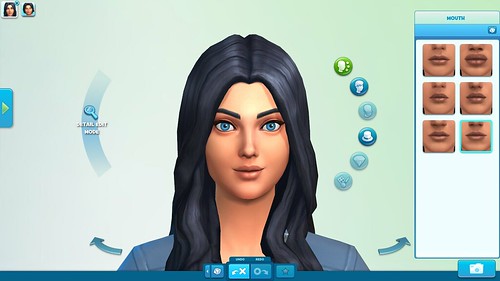 As I said, I was only playing around with the Create-A-Sim and it was a very early build, but I was quite impressed with what I saw. In the past, Sims games (especially Sims 3) relied on a series of sliders and switches to change the appearance of your avatar. It worked brilliantly, but would often take an incredibly long time to get your Sim looking perfect. Well gone are the days of sliders and switches, as The Sims has introduced an elegant new mechanic; just using your mouse.