Frank Gibeau is a veteran gaming executive who until recently was in charge of console and PC game development at Electronic Arts, a gaming colossus that has had some misfires and queasy moments in recent years.

What follows has been condensed and edited from a conversation with Mr. Gibeau at EA’s headquarters in Silicon Valley as the company prepared to introduce Battlefield 4, its biggest game of the year. 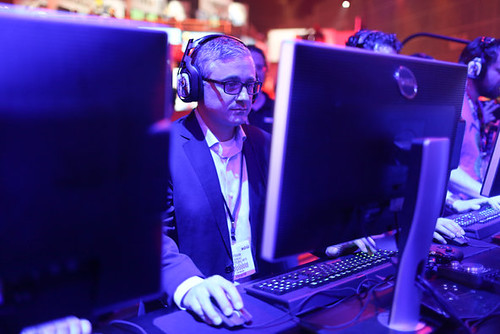 A few weeks after this chat, Mr. Gibeau became head of EA’s mobile development. He is a forceful spokesman for gaming in general and a rejuvenated EA in particular.

Q. How healthy is the overall gaming business?

A. Interactive gaming was probably a $25 billion business in 2005. Much of that was in consoles, a little in PCs. Now it’s a $60 billion to $70 billion business. Much of the growth was generated by mobile. Every smartphone, every tablet, is a gaming-enabled device.