The Sims 3 Roaring Heights will be available as a retail version in the EU starting February 6th, 2014. Additionally, the world will also be available via Origin worldwide as download code only.

At this time there are no plans to release the retail box in North America, so NA simmers will only be able to purchase the game in digital form via Origin.

Per SimGuruTaterTot (yum!), here are some details on the retail version:

Will It Be Available In Retail Stores Cause Some Of Us Do Not Have Credit Cards? Will the retail version be the gold edition?

The Sims 3 Roaring Heights will only be available in retail in the EU and it will be coming out spring 2014. The retail version will be the standard version and does not include the Boardwalk Venue or The Sky High Roller Coaster.

Today, EA and Maxis announced The SimsTM 3 Roaring Heights, a newly released world currently available for digital download on The Sims 3 Store, will be coming to Origin.com and retailers in Australia and New Zealand on PC/Mac on February 6. In this new world, players will be welcomed to a sparkling city nestled by the sea where their Sims will experience a bustling lifestyle reminiscent of the golden era.

The Sims 3 Roaring Heights is a vibrant city full of iconic Art Deco skyscrapers. Here, players will find new locations to take their Sims, dozens of clothing and décor objects to customize their game and will also get the Fixer-Upper Car. The Fixer-Upper Car is a classic vehicle that Sims will be able to work on to get into pristine shape. Once complete, Sims can take it out for a spin on the town, relishing in the breathtaking architecture and beachside bliss of Roaring Heights.

The Sims 3 Roaring Heights requires The Sims 3 base game to play, is rated M and will be available on Origin.com worldwide starting February 6, 2014 and also at retailers in Australia and New Zealand. 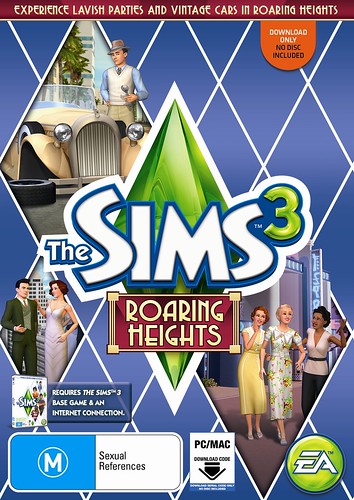 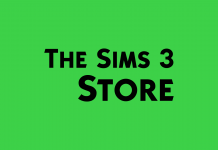 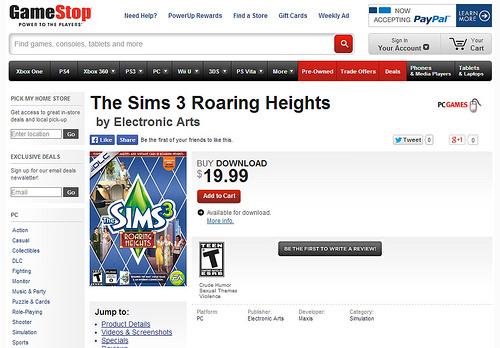 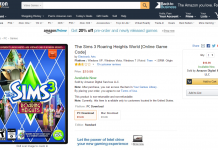