Video games have a problem when it comes to the inclusion of women in game design and the depiction of females in video games.

It’s not quite like the 1950s. But women in positions of leadership like Lyndsay Pearson, the lead producer of The Sims 4 at Electronic Arts’ The Sims studio, are still a rarity.

The Sims Studio is an island of diversity in an industry that is sorely lacking when it comes to gender balance — but it still lags. The percentage of women in EA’s The Sims Studio, based in Redwood City, Calif., is just 20 percent. That’s high for most game studios, but it’s nowhere near parity, given the population and the roughly 50 percent female audience of The Sims games.

Some may view the gender-balance issue with frustration, while others may see so much progress in characters like Ellie in The Last of Us or Jodie in Beyond: Two Souls in 2013. Like it or not, women like Pearson are role models. So we asked her about that. Here’s part one of our interview with Pearson. 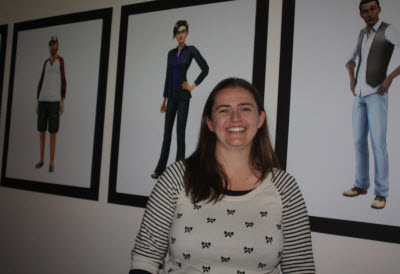