I am currently organizing all kinds of info and screens for The Sims 4 Fact Sheet, and this also means catching up on news that was never posted to the site. Be it that I missed it or just didn’t have any time to post it, this article contains all kinds of “catch-up” for The Sims 4.

You may have already seen some of the info posted below, but there are probably others who have not. It is certain though that the majority of this info has not been posted to the site before, so this is being posted now to be available always.

We have not seen much of the new world (or worlds) shipping with The Sims 4, but we do have quite a few screenshots to start us off:

In the September/October 2013 German Sims Magazine, a brand new concept image of The Sims 4 neighborhood was published, along with a caption.


Google Translate: “Soul food and Mardi Gras for The Sims. At least visually, Sims will move to the new American South along with pretty villas and flowering gardens. The new neighborhood is not called garden district for nothing” 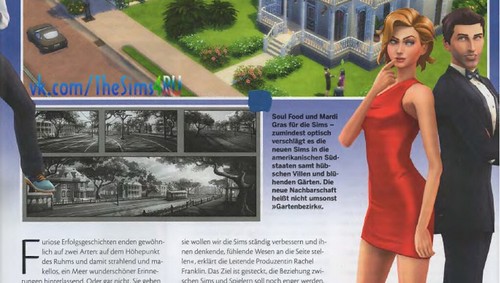 Such a beautiful theme for The Sims 4, but is that the only neighborhood we’re getting? If Digital Spy’s Sims 4 preview text is anything to go by, we may get a total of three new neighborhoods.

In their August 2013 preview, Digital Spy included the following text beneath a photo of the world: “A house in one of three environments shipping at launch”. Did they inadvertently release information that EA has not yet confirmed themselves? 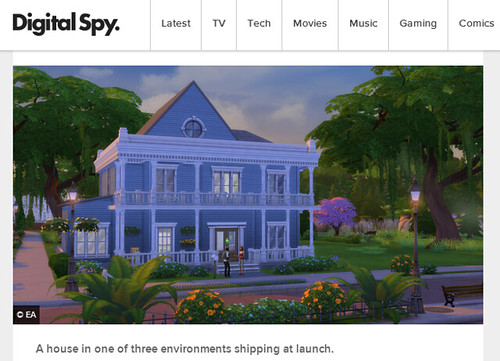 To further shed light on the possibility of more than one neighborhood, some new concept art appeared on the internet back in December. Tony Ianiro, Concept Artist and Visual Developer for The Sims 4, may have inadvertently posted some of his Sims 4 concept work prematurely.

The photos have since been taken down, but the folks over at SimsGlobe managed to grab them just in time. Featured are three different “styles” of possible Sims 4 worlds, but there has not been any official confirmation by EA regarding these photos.

Two new objects confirmed to be designed for The Sims 4, can be found in the Games™ August 2013 Magazine: Cupcake Machine and Cow Plant.

There will be plenty of new items designed for The Sims 4. This cupcake making machine takes up a lot of room and won’t do a lot for the waistline, but the buffs are well worth it 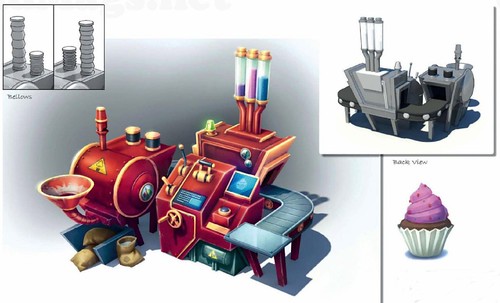 The carnivorous Cow Plant makes a welcome return to The Sims 4. It’s an easy way of dispatching unwanted house guests. 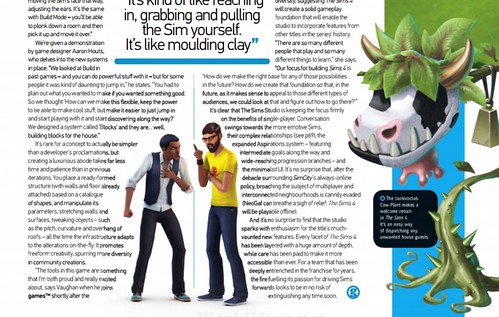 Going back to the images by concept artist Tony Ianiro,there is concept image of a workbench that may also be included in The Sims 4. Please note that there is no confirmation of this object by official sources.

The KraftMatic Woodworking Table was a skill based object that made an appearance in the original Sims series. Could we be getting the same item in The Sims 4? 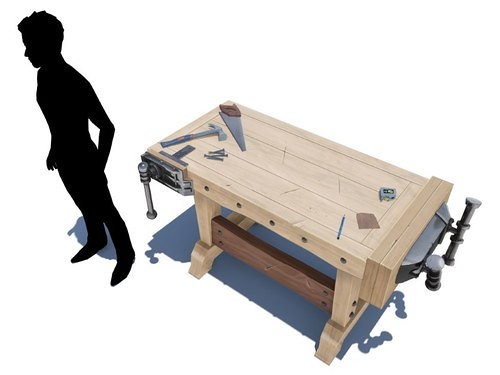 Additionally, there are even ore concept images by Tony Ianiro, with everything from house mock-ups, to individual objects. For now, we do not know if these images are indeed for The Sims 4, but they sure do fit the “theme” of the world we’ve seen thus far.

One of the first images that surfaced of the Sims 4, was a mock-up screen of The Sims 4 UI. I’m not quite sure where exactly it came from, but the folks at Mod The Sims managed to save it. 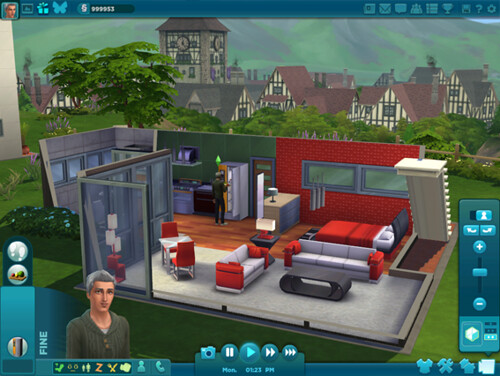 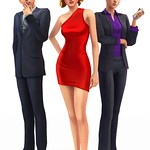 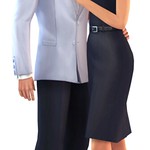 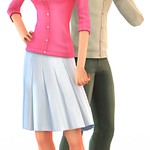 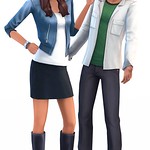 Custom Content has been a huge part of The Sims community, giving players millions of ways to customize their Sims. Xbloodydollx over at DeviantArt, has altered a photo of a Sim in CAS, and added some finishing “touches” that show off what could possibly be the Custom Content of future. 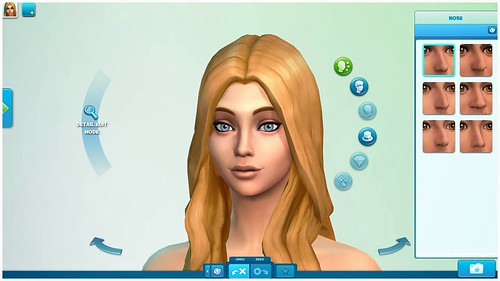 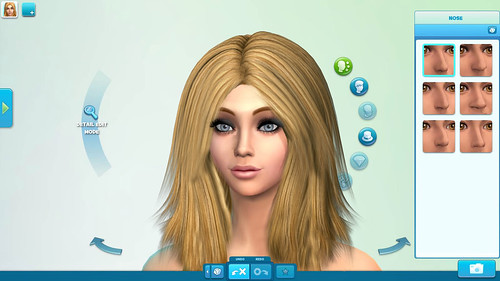 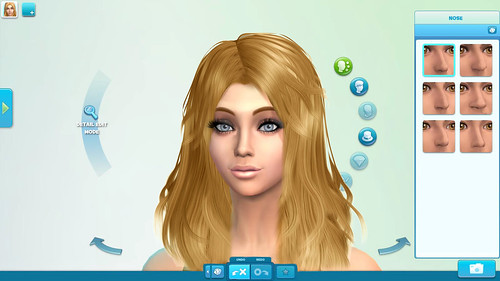 Obviously, we have no idea how CC will look in The Sims 4, but this gives us a pretty good idea of how our future Sims can transform. Lucky for us, we know the CC community will give us the goods.

The Sims 4 in Magazines

The Sims 4 has made its way into plenty of magazines worldwide, and the folks over at The Sims 4 Picture Gallery have done a great job at keeping up with each issue. Inside the magazines are plenty of good reads and screenshots for your viewing pleasure.