EA Germany has teamed up with talented musicians from around the world, to create a six-song exclusive album for The Sims 4. The album titled “Simotions”, features an array of music that reflects the in-game emotions to be portrayed by Sims in The Sims 4. 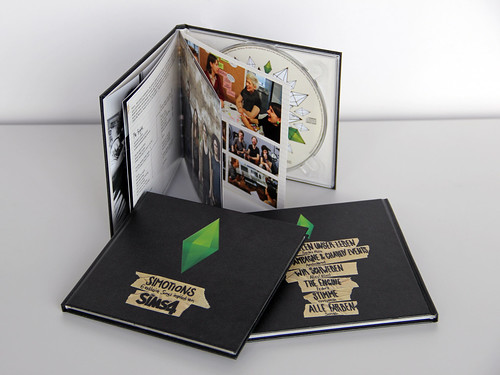 Square Music – The songwriting team met by attending the same classes at the Pop Academy. Since its foundation in 2012, the trio, consisting of Matthias Heising, Jan listing, and Joschka Bender, now active in Mannheim. In addition to their extensive work as songwriters Heising, Listing, and Bender, have live and worked together in the studio with Max Giesing, Michael Schulte, Madeline Juno, and Isabell Schmidt. 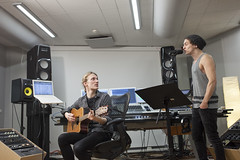 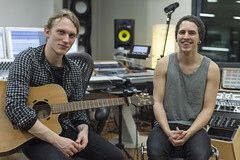 Amsterdamn – Damn (English for “damn”), these three guys are good! Before they even put instruments in their hands, they leave everyone and everything behind for the stage. The hot soul-rock comes is often heard in the Amsterdam Pub, where one wants to indulge in a lavish ceremony in vodka with fresh orange juice. From the beginning to the bitter end exists one word: stylish. Amster … DAMN! 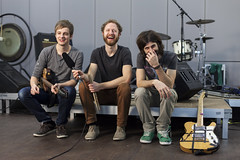 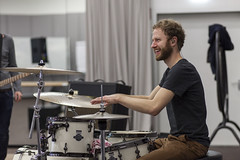 Allez!! Allez!…re-established in April 2013, and made “Glass Bead Game” that brought them back into the spotlight. They like skateboarding, 80s music, and like you, don’t want to grow up. In the basement of singer Laura in Olsbrücken parents, they gather almost every night and write songs about life. Allez! Allez! is all sneakers and leather jacket. 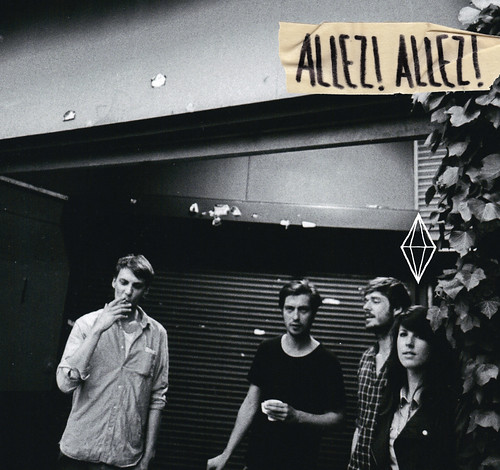 Fedora – loud, fast, and energetic. A hefty dose of distorted guitars, drums, and the voice of a rock angel. At first it was just a vision – now it has become a mission. In the fall of 2011, the musicians met for the first time. Within a short time thereafter, they group recorded their first hit single. The songs reflect their musical background: from the Foo Fighters to Inter-sphere – the music is rough, honest, and loud! 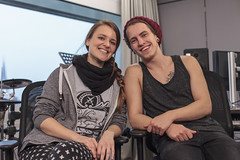 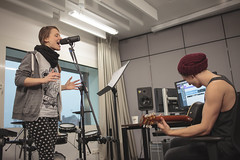 Curlyman – Rapping saw the light of day when the doctor blessed Curlyman with golden curls. He is Boom Bap Beatz 90s, and fresh hooks – that’s all he needs…and maybe a pretty lady who doesn’t touch his hair. Superman, Spiderman, Batman, and Ironman were born yesterday. The world needs a new hero today! And that means Curlyman’s the man. 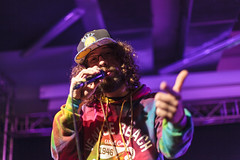 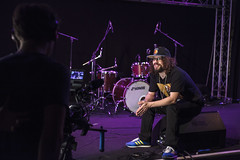 SONAH – SONAH is a German-language acoustic pop duo. The two singers, Tamara Olorga and Arina Tara, are not just confusingly similar, but create two very different voices with a distinctive sound. Their motto is: do it yourself, be comfortable, lean back, relax, and listen to the sound of the story. 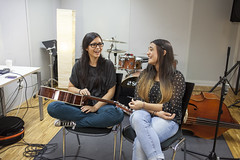 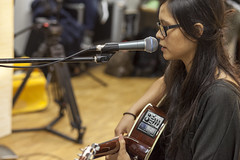 Four students of the Master Program at Pop Academy began this project, and also coordinated bands, selected the songs, and accompanied the CD’s growth and development.

Christine Schober, 25, comes from Bach field in Austria and has gained a lot of experience in band management and booking. She has a Bachelor’s in English and Music Education (teacher training), and has played even in a band. She is also a huge fan of The Sims.

Franka Rose, 27, works alongside teachers as an assistant within the provision of popular music at the Pop Academy. She has already completed a Bachelor’s degree in media and communications management, and also gained experience in market research and event marketing.

Catherine Eichner, 27, born in Munich, is a The Sims fan from the beginning. During her time at the academy she gained experience in the music department of a TV station, and even created a documentary.

Victor Coridaß, 26, is from Wiesbaden, a musician, and is working on his master’s degree in economics in Frankfurt. His internships and freelance work has led him into the music and event planning projects. 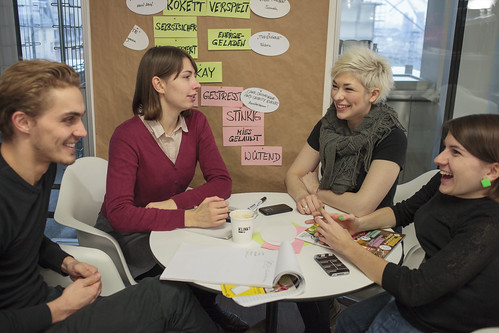 Amazon and EA Germany are giving away 1400 copies of this limited edition compilation with six exclusive songs, and you have a chance to win one! To enter, fill out this form over at Amazon.de, and be at least 18 years of age!

Competition is open to anyone who is at least 18 years old. Excludes employees and their relatives from Amazon, as well as employees and dependents of participating in the Sweepstakes partner company Electronic Arts. Each participant can participate only once in the draw. The winners will be determined by lot by Amazon. The winners will be informed for Amazon by e-mail to the Amazon by the respective participant specified address. A payout of earnings in cash is excluded, the profit is not exchangeable or transferable. Deadline for entries is 06.10.2014. 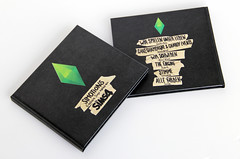 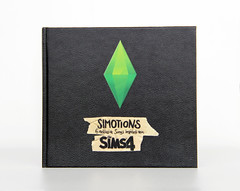 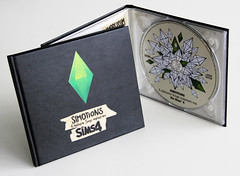 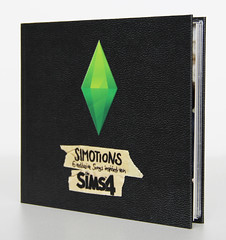 Amazon reserves the right to modify the Sweepstakes at any time without notice and without giving any reason or terminate if, due to fraud, technical reasons or other outside Amazon’s control lying reasons for proper operation of the Sweepstakes can not be guaranteed. For property damage and / or defects in title to the donated by partner companies profits or in their implementation, Amazon is not liable. The decision is final. Participation in this Sweepstakes is independent of any shopping at Amazon.