Hey folks – just dropping in really quickly. I didn’t realize teen height was still being debated; thought it was fairly clear from the pictures and recent videos. Yes the teens are the same height as the adults. They have lighter frames than their adult counterparts, less curvy figures, and a bit more youthful pudge (not pudding) added to their faces.

I was commenting with one of our designers just this morning how it leaves the door open for pre-teens nicely. Don’t know if that will actually happen – toddlers would certainly be the first priority for us when considering how to expand the game. 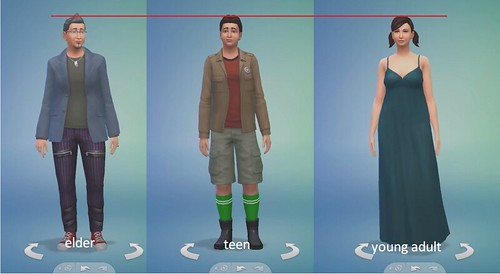