Players around the world have announced their participation in a Gamescom Community Event. The event takes place in Germany from August 11th to August 17th, 2014, and players will get hands on time with The Sims 4.

According to Dot Sim, an embargo is keeping many from announcing their participation at the event, so we’ll have to wait until next week for details. Below is a list of folks who have publicly announced their attendance, and as more folks reveal they are heading to Germany, we will be sure to add them to this list.


Please Note: SimsVIP is not attending this event


❗ If you are attending this event, leave your website link below, and I will be sure to add you to the list. 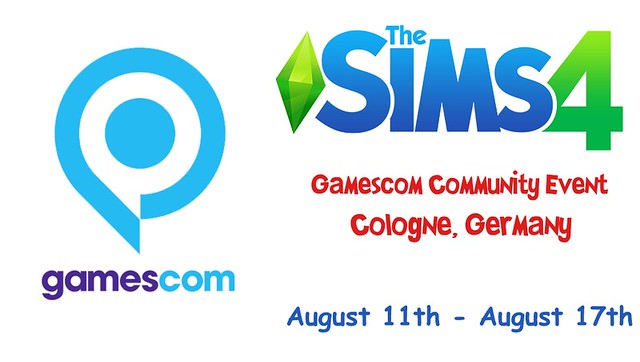