A thought that came to mind when I watched Associate Producer Graham Nardone show off The Sims 4 was that it was like an interactive sitcom. His Sims were hanging out around the house, when he logs into The Gallery (an online directory of content made by other players) and brings his mother into the game. She walks in through the front doors and in my head I could hear the live audience cheering like when a guest star appears on a show. This feeling continued when getting hands-on with the game. 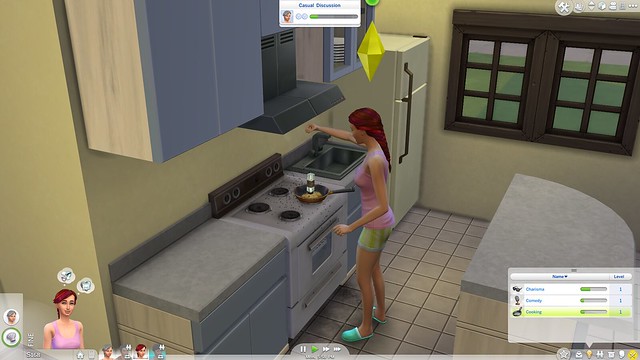 The ‘open world’ from The Sims 3 is gone (worlds are broken down into neighbourhoods containing a few lots, and you travel between neighbourhoods via your phone) which is disappointing, but does bring along the benefit of more Sims being active in an area at once, and they’ll get up to more interesting behaviours.