It is a proven fact that people love killing off Sims. From building swimming pools and removing the ladders to finding ways to kill Death itself, players of The Sims games seem to be obsessed with snuffing out their tiny creations.

And according to The Sims 4 producer Ryan Vaughan, the developers are very okay with this. In fact, they encourage it. “The Sims straddles that thin line of being a representation of reality but also an escape for our players,” Vaughan told Polygon. “It’s about giving players the ability to tell the stories they want to tell.” 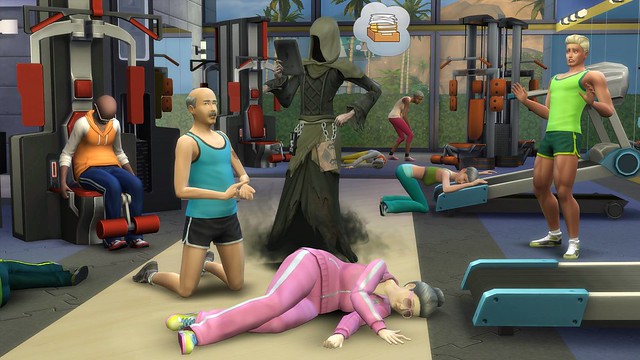 Vaughan noted that players also now have the ability to play a ghost. So once you’ve effectively killed off your Sim, you can resurrect them from the Netherworld and have them go about their business as usual. Only this time as a glowing, transparent ghost.

Vaughan said that player reaction to a Sims game without pools was so intense that developers knew they had to rectify the situation as soon as possible. This time around, however, Sims have the ability to sit on the side of pools and climb out without use of a ladder, eliminating the fan-favorite way of knocking them off.