The Sims Spain has confirmed that current Mac users with The Sims 4, will not have to re-purchase the game once the Mac version is released. Instead, current Mac players will be able to download the Mac version from the same game in the Origin client. The Sims 4 for Mac is in production and will be released in 2015.

Q. I have the PC version of The Sims 4, but I use a Mac. When it is released, will I have to re-purchase the game or is the one I have good enough?

A. The PC Version you currently have will serve as the Mac version once it is available. 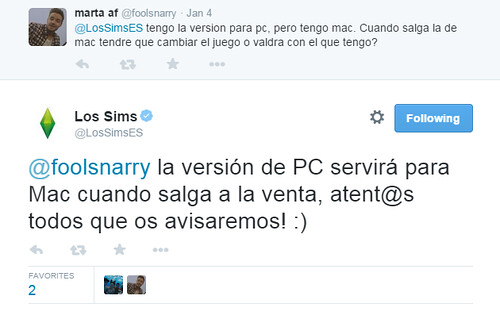