Maxis designers, illustrators and developers worked to create a rich and vibrant worldThe Sims 4. As part of that a new Build Mode was born.

To help The Sims celebrate their 15 year anniversary, we dug around to find some rare pieces of Build Mode concept art and sat down with one of the minds behind Build Mode, Aaron Houts (Designer).

Scroll down for this anniversary edition of the EA Tuesday Exclusive.

How did Build Mode change over time? Take us from concept to completion.
The concept from very early on was “rooms”. We knew this would enable a better workflow within Build Mode, such as being able to pick up entire rooms and move them to a different part of the lot. We thought it would make building more forgiving, more intuitive, and thus  easier to experiment with. We wanted to make Build Mode more accessible for a greater number of players, not just the master builders in previous games. 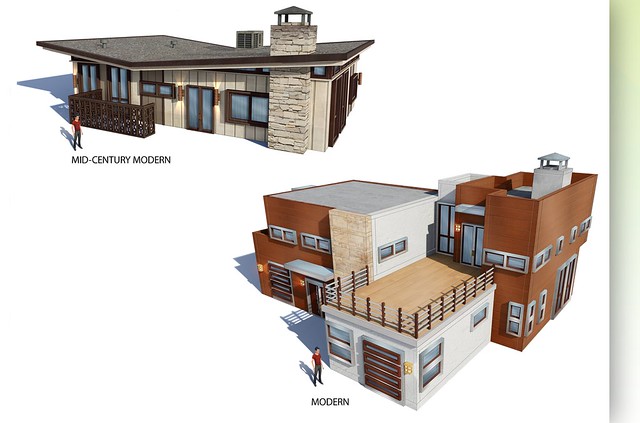 Is there anything that would surprise people about the process of putting Build Mode in The Sims 4?
People would probably be surprised at how much work it took to get a wall tool into the game. Since the new build engine is based around rooms, it took a lot of design and engineering work to get stand-alone walls to behave well. It sounds like such a mundane thing, but it was really exciting when we finally got the wall tool in the game. 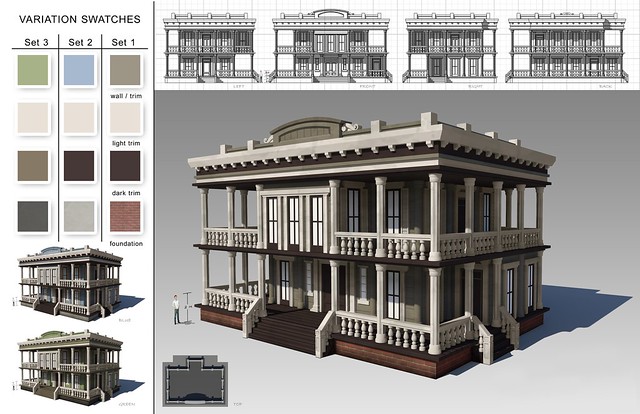 Another thing people might not know is that, at one point, we had an automated door-placement system in the game. It would detect when two rooms were placed next to each other and automatically place a door for you. While that sounded good on paper, more often than not it left you with way more doors than you wanted and often in weird positions. 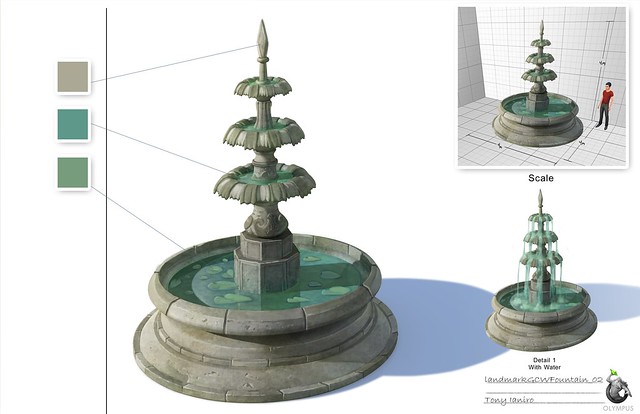 Is there anything that you can do in Build Mode that you haven’t seen from the Community just yet?
Our community is so wildly creative, I don’t think there’s anything I know of which they haven’t made yet. In fact, it’s usually the opposite. They’ll make things which I did not even think of doing with our system. 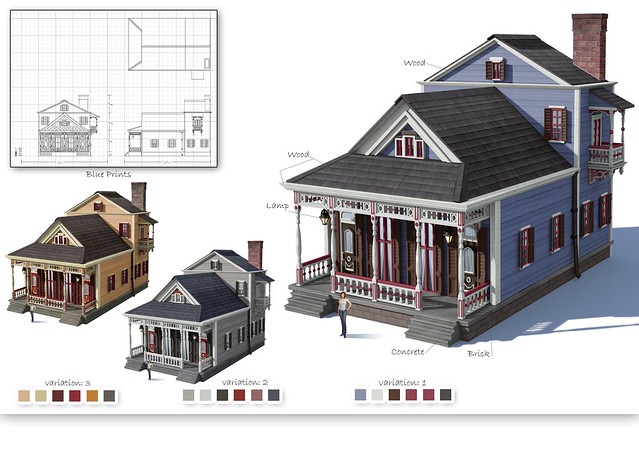 Can you take us through a typical day in the office for you? Give us all the small details.
My morning starts with sipping coffee and going through my emails to see what’s happening for the team as a whole and I’ll respond to any questions people might have for me. Often, there are some fun emails with silly or amazing pictures of new features we’re working on. Then, the designers get together to talk about the various things each of us is focusing on and to make sure everybody has what they need to get their work done. 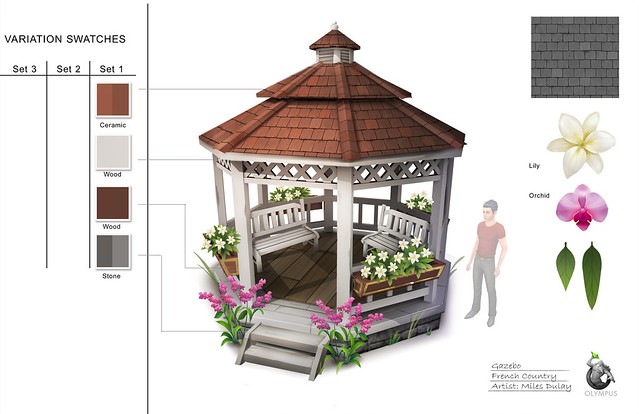 The rest of my day is spent in a mix of working on new designs, playing, evaluating, and iterating on work-in-progress, and meeting with other team members about various features I’m involved in. 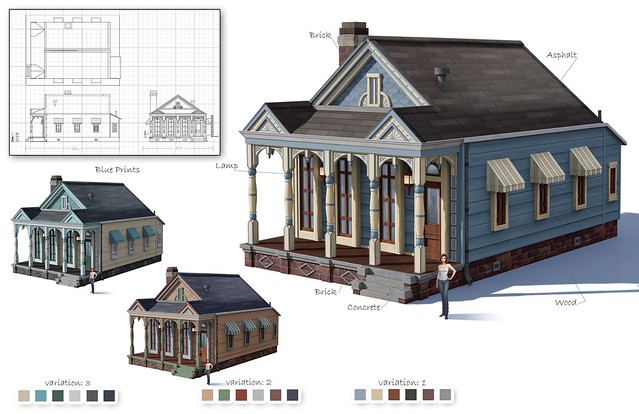 How did you get started working in video games?
I’ve always known that I wanted to make games. I took a class in college about an old multimedia program called Director. A friend and I figured out how to make a simple platforming engine. I guess you could say I started out as an “indie”, but it was just about having fun and making cool stuff.

My first job in the industry was back in 2002, as a QA Analyst for EA’s Tiger Woods 2003 game for PC.Despite the long hours and work on a genre that is not one of my personal favorites, I loved it. After that, I worked for a couple of years in a 3rd party QA team and got to play hundreds of games before they were allowed to be published. 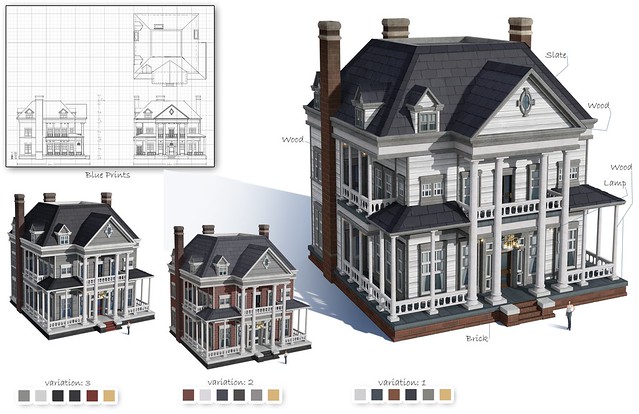 I ended up doing freelance web and video production for a while. I’m happiest when I get to be creative and actually make something. I joined EA full-time as a designer on The Sims Medieval and have been working on Sims games ever since.

How did you first get interested in video games?
I’ve been in love with games ever since I first played one. One of my early favorites was an old Apple II game called “Rocky’s Boots” which was about building logic circuits. You’d explore a maze and solve logic puzzles along the way. Your character was just a rectangle, but it was amazingly immersive to me.

The first time I saw and played Super Mario Bros. I was immediately completely obsessed and would spend hours drawing my own levels. I recently uncovered an old classroom journal from 5th grade and there are tons of references to dreaming of making games “when I grow up”. It’s hard to imagine myself doing anything else.

The Sims has such a passionate community – was there any extra pressure to please longtime fans?
There was definitely pressure to please our fans. That’s why we make games! With the complete overhaul of how Build Mode works, we knew that it would take some time before people would adjust. I’m really proud of what we accomplished and continue to be excited by the possibilities and future of Build Mode in The Sims 4. 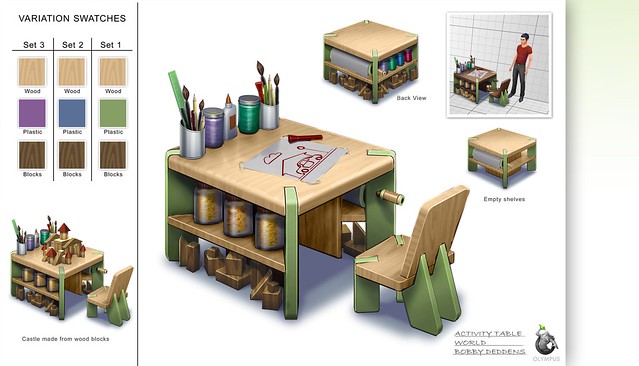 What are you most proud of in terms of the look and feel of the game?
Like I just said, I’m extremely proud of Build Mode in The Sims 4. It’s where most of my personal development effort went for the game and though I don’t get to devote as much time to it now (I’m currently working on some other fun, unannounced stuff), it still holds a special place in my heart.

Browsing all the amazing stuff players have created is a gratifying payoff for all the hard work we’ve put into that feature. It’s moments like that which make me want to keep making games forever.