Community Blog: Get Ready for Basements in The Sims 4 | SimsVIP

Hello everyone! SimGuruRomeo here to give you a quick look at basements in The Sims 4, part of a free update releasing on March 26. When we started working on basements we wanted to make sure they were special. These aren’t just any basements, these are The Sims 4 basements. That means maintaining the flexibility of game’s building systems. We wanted basements to really take advantage of the tools you already know how to use, and to allow the same level of creativity we’ve seen since launch. 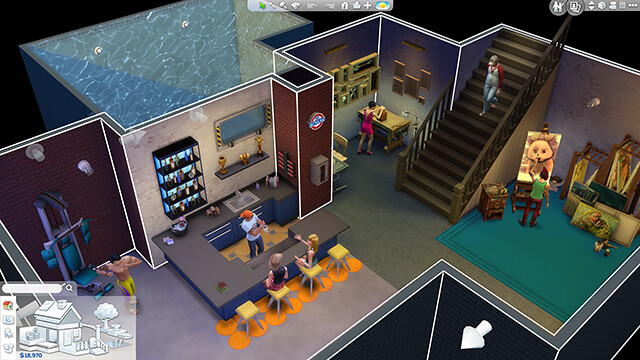 Using the new basement tool, you’re able to draw a basement from the floor above easily. Once it’s there, you can begin building with all of the normal build tools, making just about anything you can think of. We’ve had a lot of fun in the past few weeks building different things using the new basements and The Sims 4’s creative tools.

What makes them so great? Well…

You can build them two levels deep. If you’re not content with simply one level of underground housing, we have you covered. You’re able to build a second level underground as well. This, mixed with the addition of one more floor above ground that’s being added with this free update, brings the new total house size to six floors – double what it was before!

You can delete their ceilings. After you build a basement (or two) you can select the basement block, navigate to ground level, click the yellow highlighted area, and completely remove the ceiling. We’ve had a ton of fun creating everything from underground bunkers to open-air houses that look like giant holes in the ground.

You can put pools in the basements. Who hasn’t wanted to drop into their personal basement pool for a midnight swim? But basements can be even cooler than that. Besides being able to create pools in basements, you’re also able to build pools adjacent to basements. That means a pool can be right up against the side of a basement, and if you make the pool’s walls out of glass, you’re basically making a giant human fish tank. 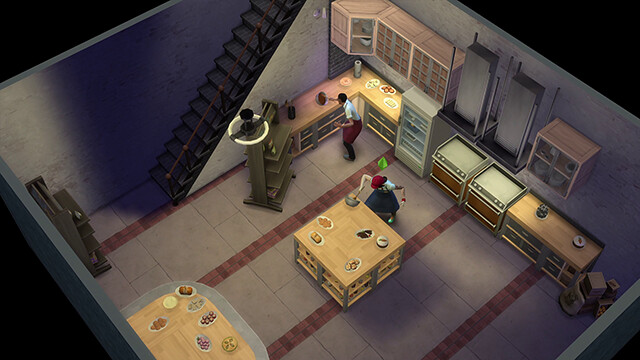 You can make your Retail Business even weirder. So, you’ve built a fun bakery in The Sims 4 Get to Work* using the new retail system. Awesome! Good work! But what if you wanted to expand your business? You could always build a shop in your basement, too, selling anything from toilets to… alternative clothing.

Excited? You won’t have to wait long to build your own basements. They’re available in a patch rolling out, for free, to all users on March 26 in anticipation for next week’s launch of The Sims 4 Get to Work.