Electronic Arts has changed its plans for E3 2016, and announced that it will host events off-site for fans. In return, they will not secure a booth at this year’s E3 Expo. They have also opted to host their press conference on Sunday, June 12 at 1 pm pacific.

Instead of hosting festivities at E3 in Los Angeles, Electronic Arts has announced EA Play, a three-day offsite event at Club Nokia that will be open to the public. It will run from June 12 to June 14, with an additional event being held in London on June 12 at The Mermaid.

No other details are available, aside from those available on the website, but EA promises to have more details as the event nears. When asked if EA would be hosting The Sims at this event, SimGuruRachel commented that “they have no plans yet with lots of time to go”.

Our players are the driving force behind everything we do. So this summer, we’re opening up our world to you with unique new live events in Los Angeles and London. We’ll bring the new games, we’ll bring the demos, we’ll bring the competition…and you get to go hands-on. Or join us online and immerse yourself to experience some of our biggest games of the year. 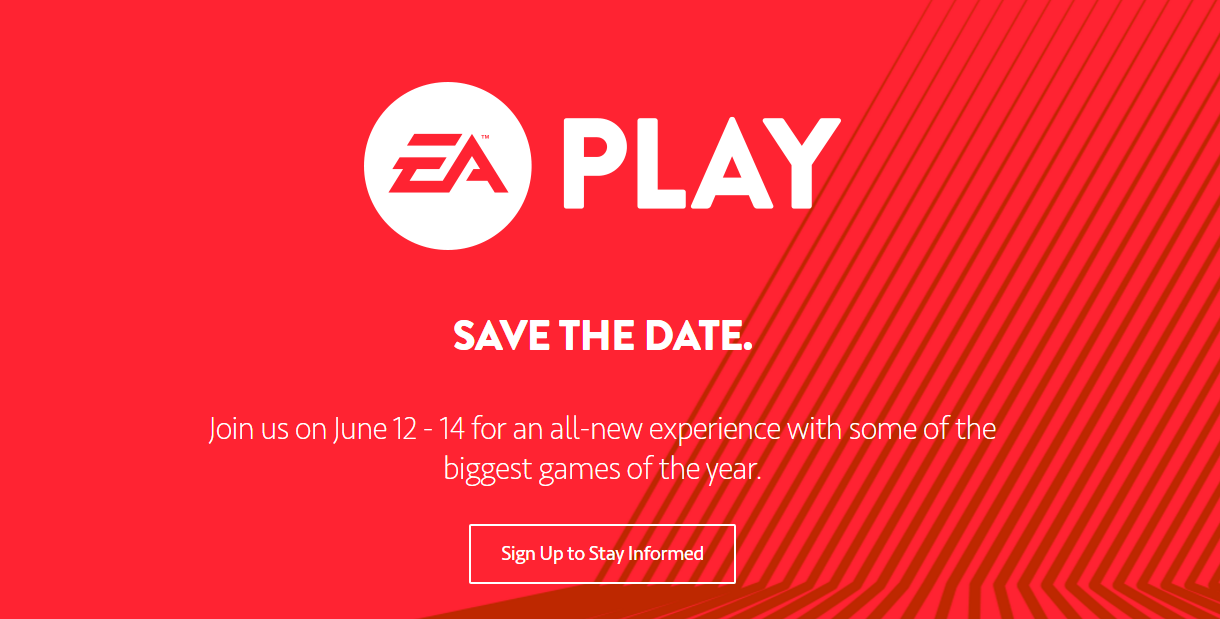