Want to know more about the fine people working on The Sims 4? Good news! We’re starting up a new series: SimGuru Spotlights, where we talk to a different member of The Sims Studio and ask them to answer questions about their life, their passions, and, most importantly, their favorite ice cream flavor. 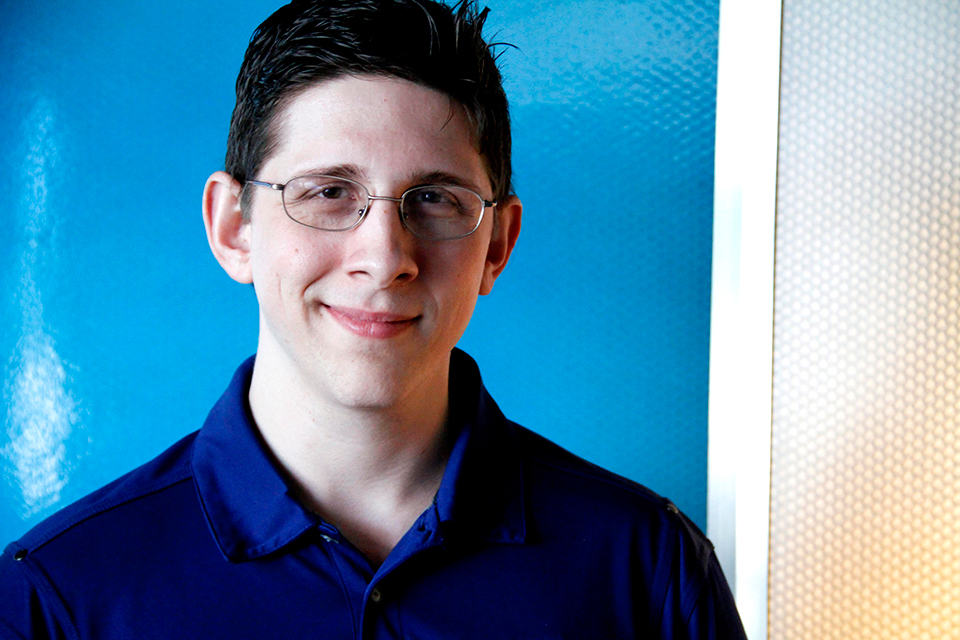 Can you give a brief introduction to yourself?
Hey, I’m Graham Nardone – one of the producers working in The Sims Studio. You might also know me as @SimGuruGraham on Twitter or our forums, where I frequently shoot the breeze with other Sims fans. I’ve been working on The Sims for going on 7 years now, which is always easy to remember as my hire date was the exact same day that The Sims 3 launched. Before arriving at EA I broke into the video game industry as a QA tester on a number of action games and third-person shooters. Some people find that sort of gaming background an odd juxtaposition to The Sims, but I think everyone in our studio brings their own unique identity and interests, and that’s part of what makes The Sims such a rich life simulation.

What do you do on The Sims 4?
As a producer I’m fortunate enough to do a little bit of everything, and that’s exactly the way I like it. Each day brings new challenges, new people from different disciplines to work with, and there’s always an opportunity to learn and grow within the role. As a jack of all trades, it’s important that producers get out amongst the team and communicate with everyone that’s working on one of our features. The more I understand the challenges they face, the better equipped I am to make decisions that impact the final product that players get their hands on.
Currently I’m focused on the Stuff Pack line of content that we release for The Sims 4, which I’ve really grown to love working on. Because stuff packs are smaller chunks of content, we rapidly go through production cycles, always have something new and interesting to work on, and get to immediately apply whatever we’ve learned to the next thing. From the initial design brainstorms to nailing down the final bug before we ship, I’m involved with it all.

What’s the best thing about being a SimGuru?
As someone who hasn’t had too many opportunities to travel outside of North America, being a SimGuru has opened doors to traveling all around the world. It’s wonderful to meet with The Sims fans and press, and to be entrusted with representing the hard work of everyone back at the studio. That last part in particular is so important to me, because too often in video games fans attribute success to a single person, when there’s an amazing team of developers that the game couldn’t exist without.
As much fun as I have on producer tours, I’m also fortunate to get first-hand exposure to The Sims fans who take the time to share their feelings about what we’re creating. I perceive one of my roles as being an internal mouth piece for the community, and I’m always vocal to help represent fan’s opinions in group discussions in the studio. When I think back on these trips though, I’m primarily left with so many wonderful memories… be it presenting on a gigantic stage at Gamescom in front of tens of thousands of people, being taken to a fancy ice cream shop in France, or participating in a photo shoot with a dingo in Australia… they’re all great experiences that I remember fondly.

What do you love most about The Sims franchise?
As a teen I spent a lot of time fiddling with level editing tools in various video games. I’d always considered it a hobby that I loved, and had hoped to even do it professionally one day. I ended up following a different path while finishing my education, but the curiosity to explore those tools and just build play spaces that spring from your imagination was always alluring. As such, Build Mode in The Sims was a natural fit for me to gravitate towards. To this day it’s my favorite aspect of the game, and I love seeing what players create with it as well. One of my proudest moments working on The Sims was building a number of the tombs that came with The Sims 3 World Adventures, essentially fulfilling a childhood dream to create gameplay environments in a professional game. The Sims players always manage to one up us though, and there’s no better example than all the over-the-top houseboats that players dreamed up when The Sims 3 Island Paradise was released.

What’s your favorite ice cream flavor?
I don’t particularly have a favorite flavor, I find I often select one on a whim. That said, I have to give it up to Chocolate Caramel Gelato. It’s one of the very few flavors you can find in stores that simply combines caramel with chocolate… which is far superior to the more common caramel and vanilla pairing.