It started during the summer of 1999. Will Wright set up a humble booth for The Sims in the background of EA’s large screen display. For The Sims, it was a ‘Hail Mary’ for its development stages. New Yorker cited that Patrick J. Barrett II, a programmer on the original iteration of the series, shared his thoughts. “We all knew that if we couldn’t generate any interest at E3 that year, then the game would be canceled for good. E.A. did nothing to help us. They hid us away. The game wasn’t even displayed on the large screen with the other title’s trailers.”

It was “The Kiss that Changed Video Games”, an event that is now often overlooked in current titles of the series. Until this shocking revelation of the life simulation allowing the option for homosexual relationships, there was an overwhelming lack of same-sex relationships in other video games at the time.

Hit Speed 3 to the currently active title of the series, The Sims 4. The motto of the game “You Rule” gives the impression that players are allowed to take the life simulation by the horns and turn it any way they desire. Within some developmental guidelines, of course.

Today marks a brand new horizon for The Sims and video games in general. With the progressive topics and debates concerning gender identity, Maxis/EA has extended a reach and support to the LGBT community. The introduction of gender fluidity and more options allows players to not only identify better with The Sims but to provide support from a larger organization through what can be a difficult transition.

The Associated Press reports that EA is breaking down the barriers of traditional gender roles by bringing more CAS options, previously leaked and hinted at by The Sims team. Nearly 700 CAS assets will be redefined from one gender to unisex categories.

Rachel Franklin shared to The Associated Press that players can change their Sims’ gender easily and whenever they want, and they can even decide if they want that Sim to be able to get pregnant or not. Along with suggestions and insight from the LGBT advocacy group GBLAAD, The Sims is removing gender symbols from The Sims 4 Gallery.

In an updating Tweet, Lyndsay Pearson stated that “the game will not automatically create any NPCs using this new functionality”. This means that unisex CAS assets will not overrun player’s games with non-traditional Sims unless added specifically by the player. SimGuruHouts chimed in on The Sims subreddit to assure fans that “You can use filters to limit CAS stuff so you only see masculine or feminine assets if you want.” 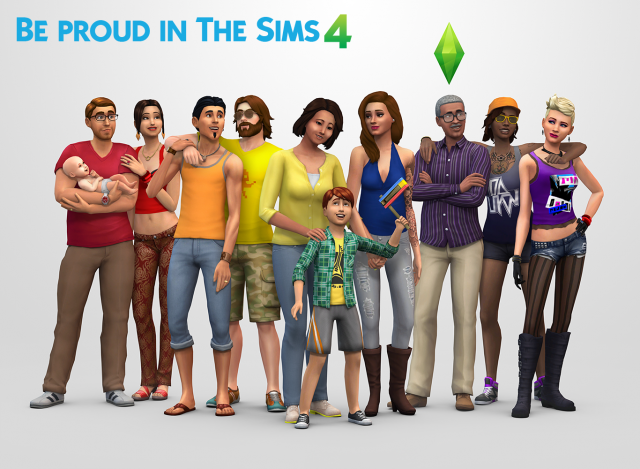 These changes mark the era of a new generation for The Sims, one that many players are happy to see. Now Simmers everywhere can feel just one step closer to feeling that they do actually rule over The Sims.

The full press release can be read by The Associated Press.