The Sims 4: Playing with the Monsters Under the Bed | SimsVIP

The latest Game Patch has added a brand new interactive feature to the game. Monsters Under the Bed are a new nocturnal “friend” that visits your Child Sims during the night. 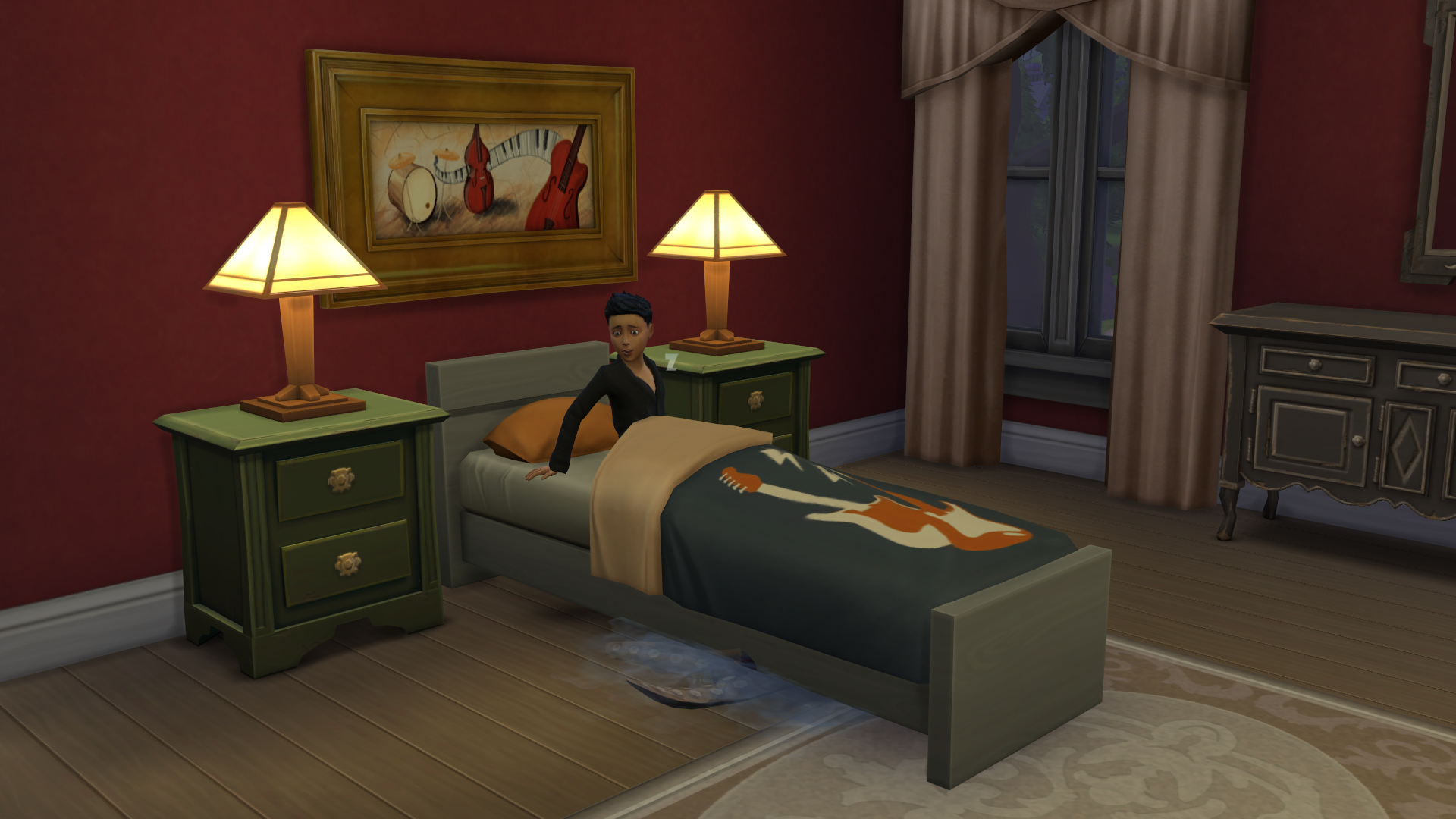 Monsters will randomly appear between 6pm and 6am while children are asleep. Certain traits like the “Gloomy” trait are more likely to force the monster to appear more often, but the monsters will eventually appear for all children at one time or another.

❗ Monsters are only visible when controlling Child Sims.

When monsters appear under the bed, children will wake up to the sounds of tentacles sliding out from under them. They will immediately rise up from the bed and proceed to panic at the site of the monster. Naturally, they will run off to grab and adult to help rid the monster.

Until a child befriends the monster, they will tend to be panicky and uneasy as they are scared of what is living under the bed. The following moodlet is experienced during this time:

Scared of the Monster Moodlet – This is an Uncomfortable Moodlet that will continuously last for an hour at a time so long as they are around the monster. This moodlet appears prior to a Sim befriending the monster under the bed. 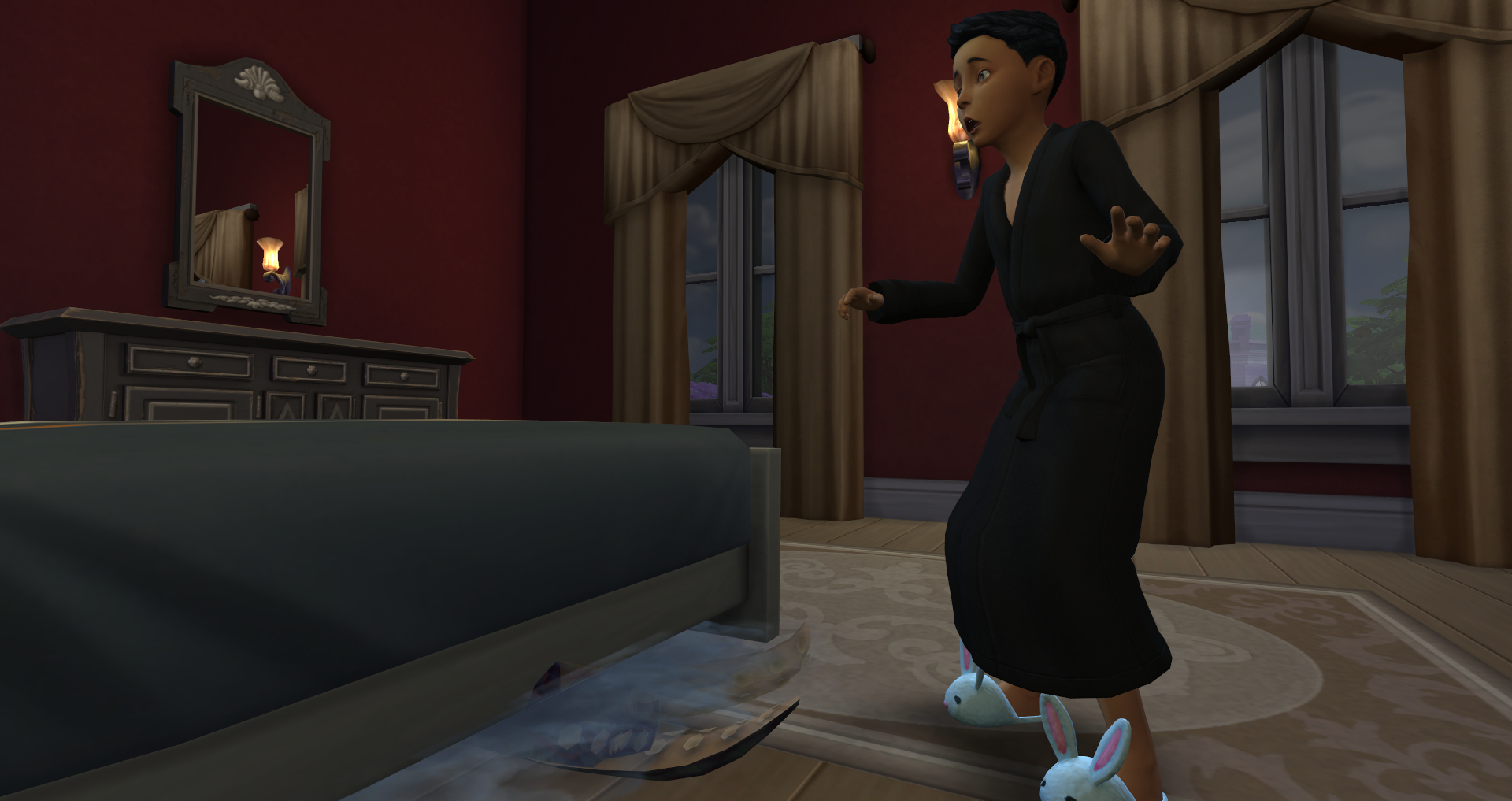 Brave children who want to attempt to make contact with the monster have several social options available to them. At first, it will take a few tries to befriend the monster, but once they do, they will experience a boost of energy (moodlet) as they now have a new friend.

Hello my Friend Moodlet – This is an Energized Moodlet that will continuously last for an hour at a time so long as they are around the monster. This moodlet appears only after a Sim has befriended the monster under the bed.

There are plenty of new ways to interact with the monster, and all of them boost the social need for child Sims. The following interactions are available with the monster:

Children who don’t want any contact with the monster, or want to prevent it from stopping by all together, have several options to prevent and rid the monster under the bed.

Prevent and Rid the Monster

If your child Sims are not brave enough to handle the presence of the monster, there are several ways to get rid of the monster so it is no longer a pest to your Sims.

• Ask Monster To Leave – Child Sims who have befriended the monster can ask it to leave at any time. Because of the Energized moodlet children receive when their “friend” is around, they are unable to sleep until it the monster leaves. This will take care of it for the night.

• Defender Wall Light – If you want to completely prevent monsters from visiting your child Sims, simply place the “Coolala Defender Light” into a child’s room and leave the light on. So long as they have this night light in the room, monsters will not appear under the bed. Pacing this light while a monster is present will make it go away immediately. 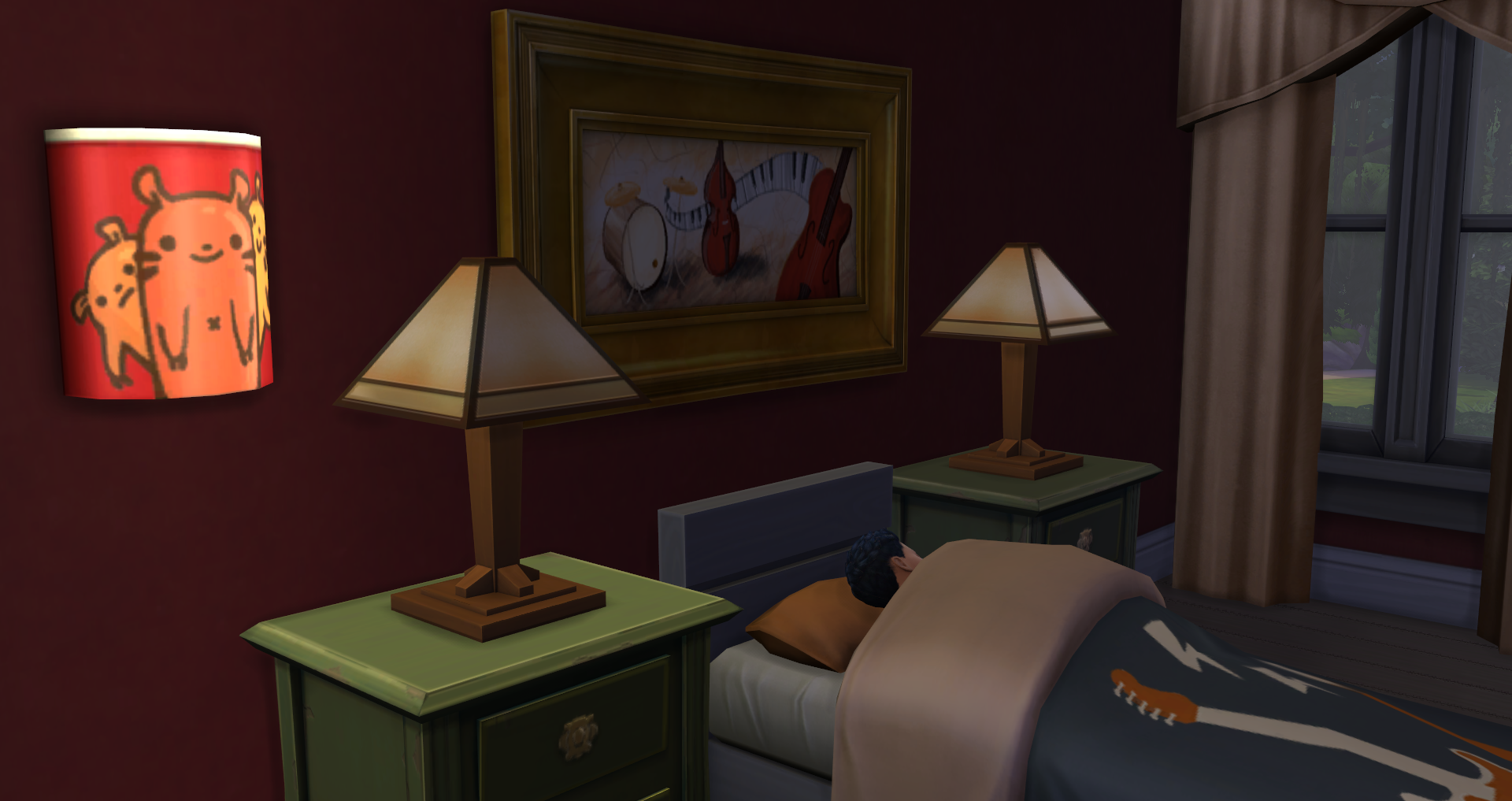