The Sims team has released an introduction to the game

Another year has gone by with a new one upon us – but as each year passes, don’t your Sims get tired of aging? Perhaps they would prefer eternal youth? Or maybe explore the more nocturnal side of life? Well if so, they are in luck! The Sims 4(TM)Vampires Game Pack is coming this Jan 24, 2017 – and we are excited for you to sink your teeth into it.

In the The Sims 4(TM)Vampires, all new storytelling experiences and creation options usher in a new Vampires experience like never before. Want a more traditional Nosferatu type Vampire? Can do! Want a more “blend in with the crowd” Vampire? You can do that too! Now you can create & customize* your vamps look with an assortment of vampire-themed clothing, hair, skin tones, eye colors, and even teeth! (Because what kind of Vampire would they be without some nice fangs?!) Not to mention, you can even give them an alternate look with an all new Dark Form.

Your dark love for the immortal won’t stop there. Spend time with other Vampire Sims in the new world of Forgotten Hollow, where nothing is quite what it seems and nighttime lasts a biiit longer than usual. Sims can also earn points to unlock a plethora of powers, and help them work their way up to becoming the most powerful Master Vampire.

For the builders out there, enjoy a wide range of new build objects, including statues, wall decals (to give homes that run-down look), cobwebs (with a lovely eight-legged friend attached), and wallpaper, alongside all new gameplay objects like the Pipe Organ (which will really help set the grim-mood), and much, much more.

With the The Sims 4(TM)Vampires Game Pack your new Vampire is destined to adore their new dark abode, and we have lots of information to share with you. Keep an eye out for the announce blog and trailer to go live. Attached are assets for your use.

*Child Sims will have new hair and clothing of their own, but their Vampire side won’t reveal itself until they are Teens 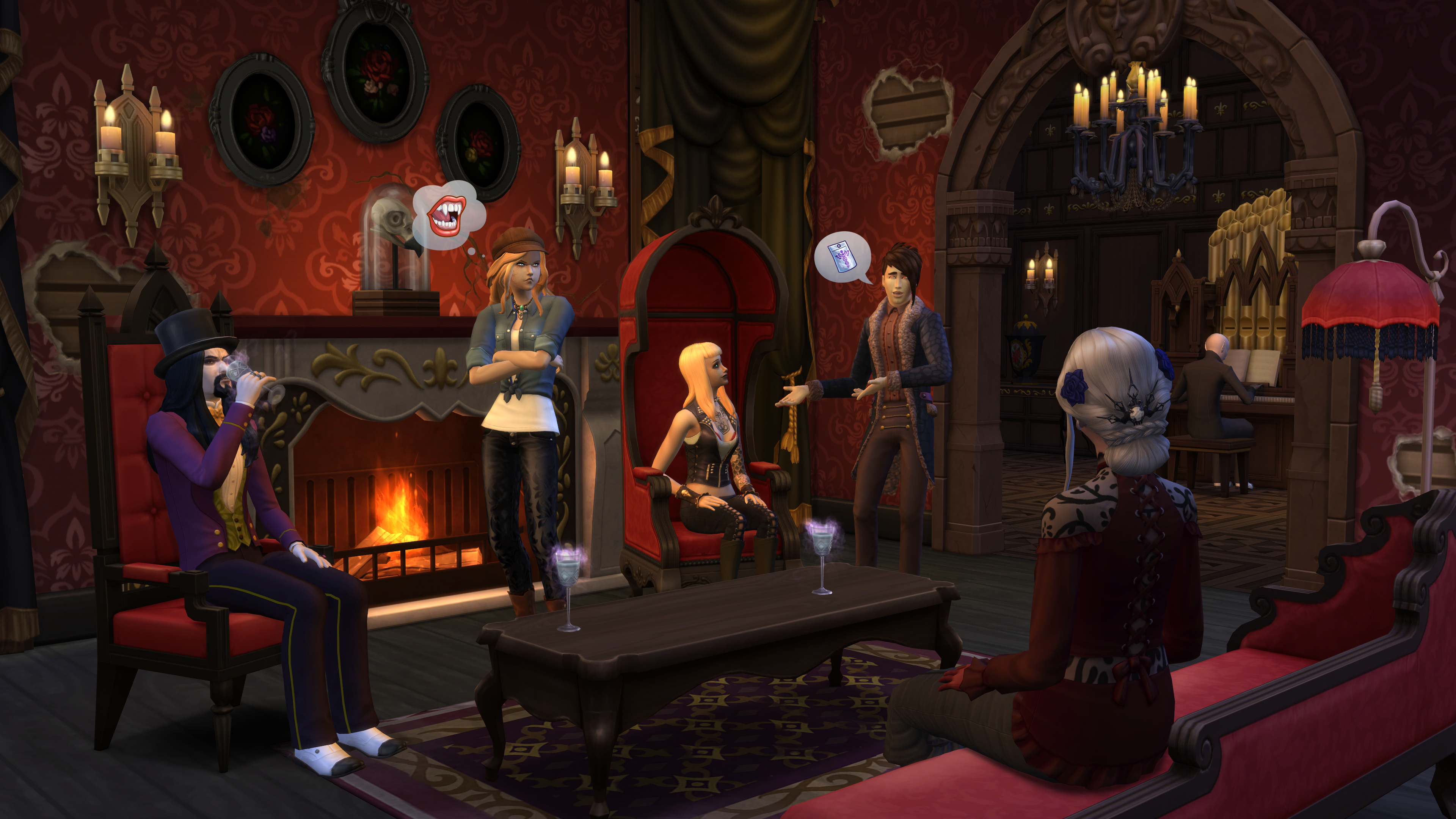