Official Announcement: The Sims 4 Coming to Xbox One and PS4 in November | SimsVIP

EA has officially announced The Sims 4 for consoles. In today’s announcement, confirms the game will release this November on Xbox One and PlayStation 4. 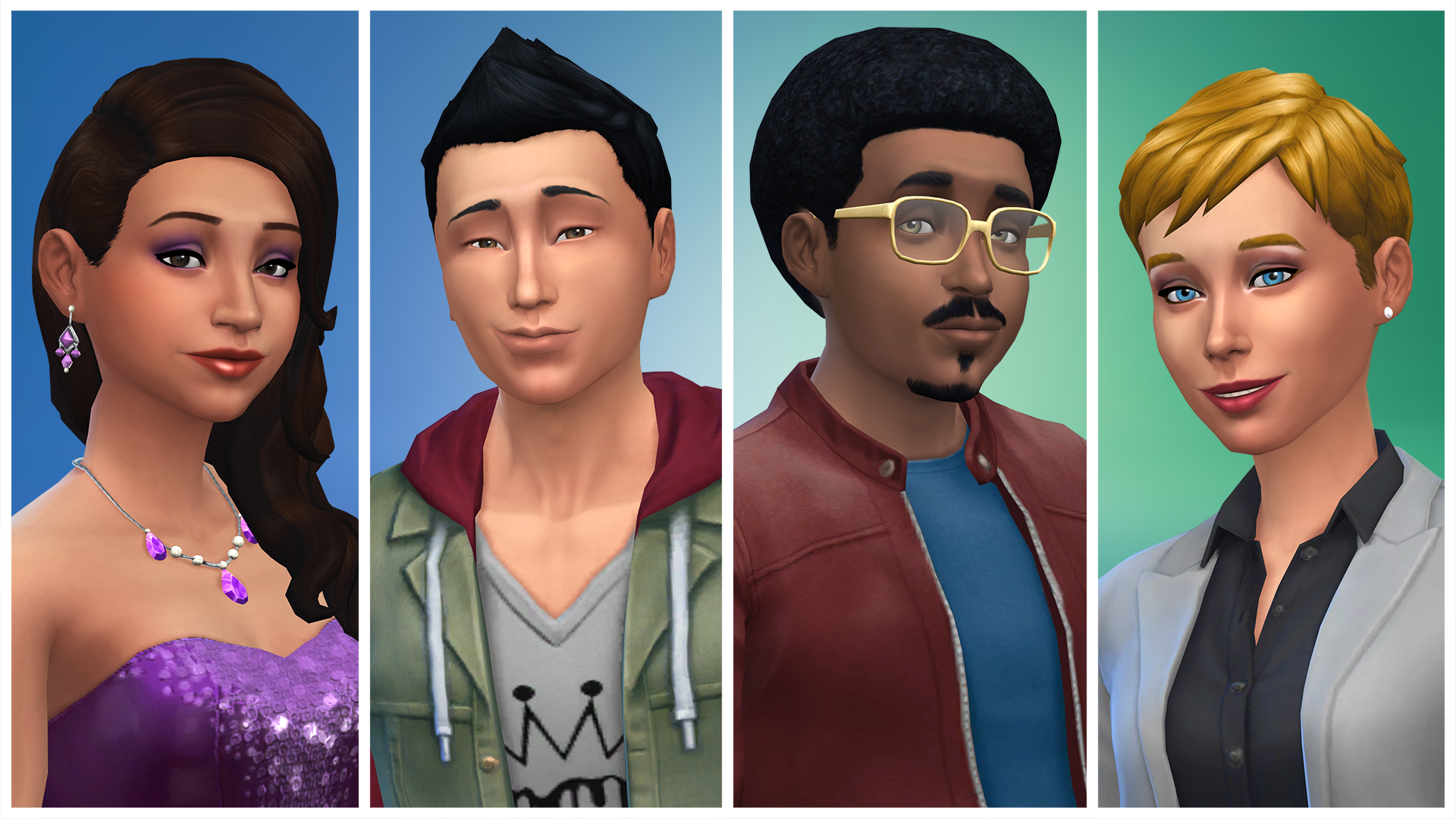 Players who are subscribed to EA Access can play the game starting November 9th. 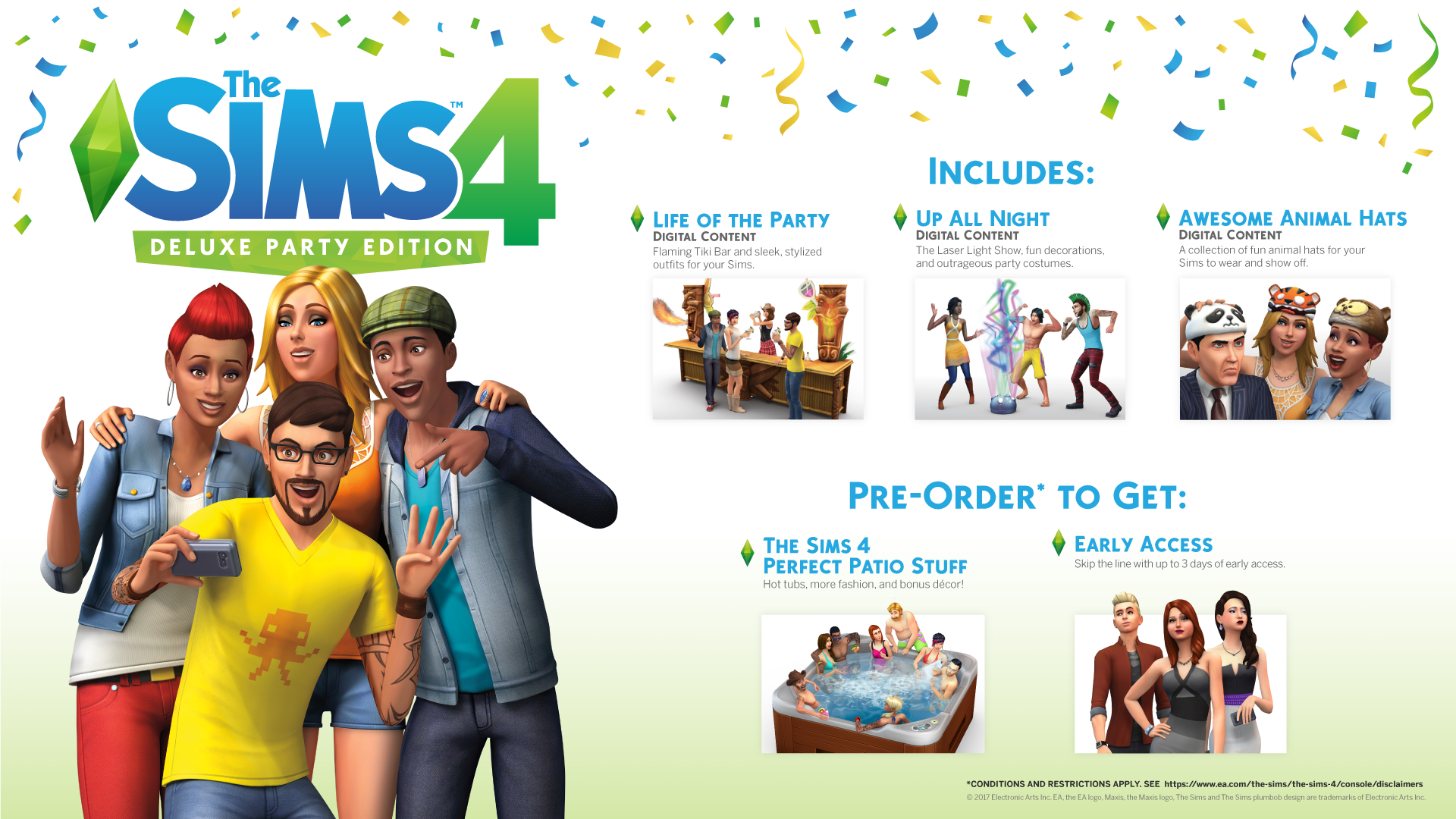 The Standard and Deluxe Party editions of the game grant access to the Base Game, as well as The Sims 4 Perfect Patio Stuff Pack as a Pre-Order incentive. The Deluxe Party Edition comes with the Life of the Party content, Up All Night content, Awesome Animal Hats content, and 3 days of Early Access to the game.

❗ NOTE: pre-order content linked above are from the PC game that released in 2014, and is intended to give you an idea of what content you can expect. Content may vary for the console versions of the game. 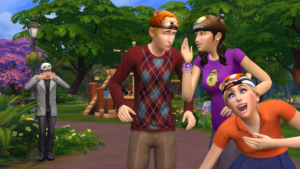 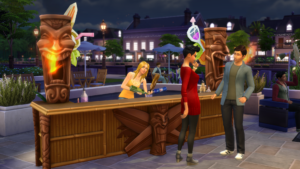 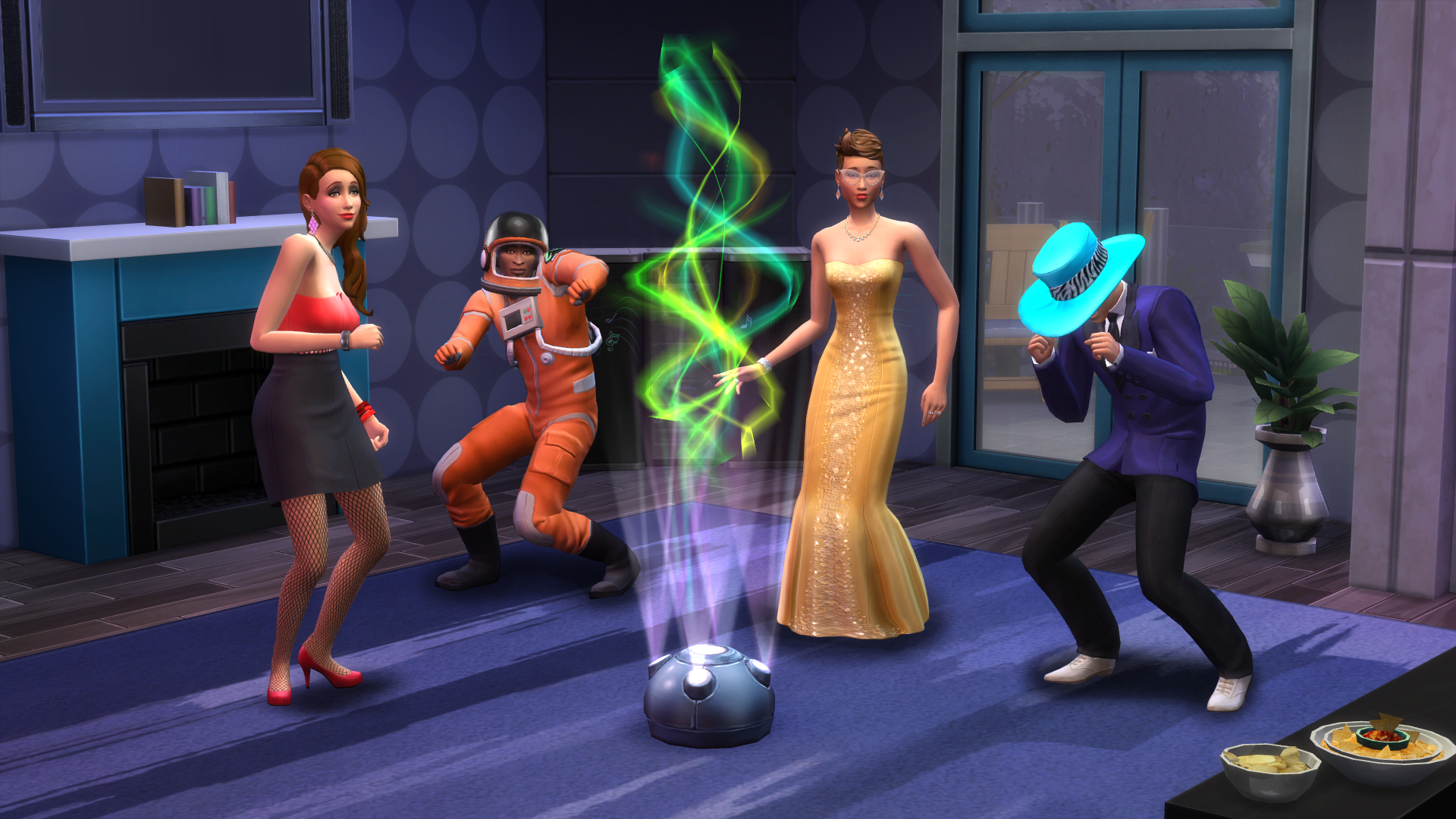 More information on the console version of The Sims 4, check out our archives.

REDWOOD CITY, Calif.–(BUSINESS WIRE)–Electronic Arts Inc. (NASDAQ:EA) and Maxis today announced The Sims™ 4, the previously PC/Mac-only game that celebrates creativity, inclusivity and freedom of choice, will be coming to Xbox One and PlayStation® 4 players worldwide on November 17th. From creating unique Sims and building amazing homes to developing Sim’s relationships and pursuing careers, The Sims 4 delivers the same emotional connection our PC players cherish to a new wave of console players. Fans will enjoy being empowered to create and control people in a vibrant virtual world as they experience life’s unpredictable, entertaining moments along the way.

“The addition of a console-version of The Sims 4 has been long-awaited by fans and newcomers alike, and we at Maxis are beyond excited to bring The Sims to new platforms,” said Executive Producer, Lyndsay Pearson. “The game delivers a beautiful The Sims experience on console and comes packed with tons of the fan-favorite content, so players can look forward to the unique gameplay, self-expression, and fun that have come to be tentpoles of The Simsbrand. The possibilities to play with life are as endless as the players’ creativity.” 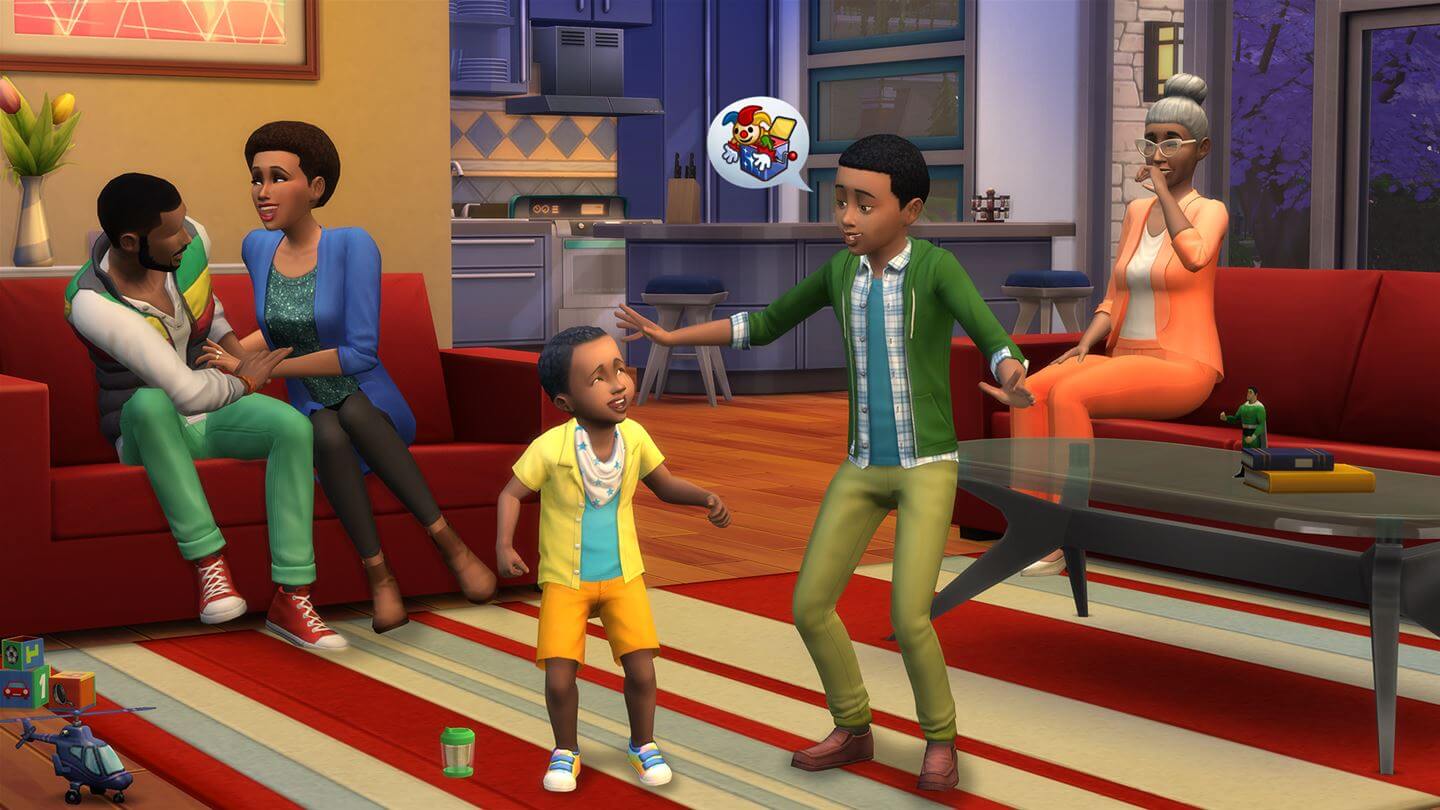 As with The Sims 4 on PC, console players can experience and test life’s limits in a world where there are no rules. Fans will have the power to create unique Sims, customizing everything from their hair color and style to their fashion choices and life aspirations. With the room-based Build Mode, players can design and pick décor, effortlessly building their dream home. In the mood to explore? Sims can check out the various neighborhoods and dynamic venues the world offers.

The Sims 4 on console gives players the unique gameplay the PC base game has to offer, plus many of the additional content updates added to The Sims 4 post-launch. After the console game launches, fans can also look forward to periodic game updates and extra content releases.

From Maxis and the talented team at Blind Squirrel Games, The Sims 4 will be available worldwide on November 17, 2017 for Xbox One and PlayStation 4. Pre-order The Sims 4 on console* now and receive The Sims 4 Perfect Patio Stuff pack, featuring hot tubs and tons of bonus décor for your outdoor oasis. Players who can’t wait to get The Sims party started can pre-order The Sims 4 Deluxe Party Edition today and receive the full game three days early on November 14th. The Deluxe Party Edition includes special content like a Flaming Tiki Bar, outrageous costumes, silly animal hats and more, plus The Sims 4 Perfect Patio Stuff featuring hot tubs. For more details and to pre-order The Sims 4, visit www.TheSims.com/Console. EA Access members will also get to play The Sims 4 up to five days before its worldwide launch, starting on November 9th, via the Play First Trial**.