During today’s Sims 4 stream, SimGurus showed off the world map and the details on all three neighborhoods in Henford-on-Bagley, the new world coming with Cottage Living.

The Bramblewood – The natural beauty of these woods have long provided a picturesque place for many wild birds, rabbits, and foxes to call home. Whether secreting a small surprise under Sophie the Snail, bringing an easel to paint the serene Cordelia Falls, foraging for wild mushrooms, or finding romance among the ruins on the Isle of Volpe, any Sim would be transformed by a day in the Bramblewood.

Old New Henford – an area that boasts rolling hills, lush estates, and a small community garden, Old New Henford is perhaps best known for its historical naming woes. Initially known as Little Henford, the neighborhood renamed itself New Henford in an attempt to escape its diminutive origins. However, in neglecting to inform national mapmakers, they ceased to officially exist for a two-week period. When told that to be reinstated would require yet another name change, residents chose Old New Henford which beat out the other choice – New New Henford – by a single vote.

Finchwick – Nestled along the River Bagley, the old mill village of Finchwick prides itseld on its bustling and close-knit community. Its historic square features a pub and quaint stalls amid a flowering garden, perfect for a little window shopping. Tourists and locals alike flock to the weekly village fair, where Finchwick’s Mayor makes a special appearance to judge entries and gossip about the latest happenings. 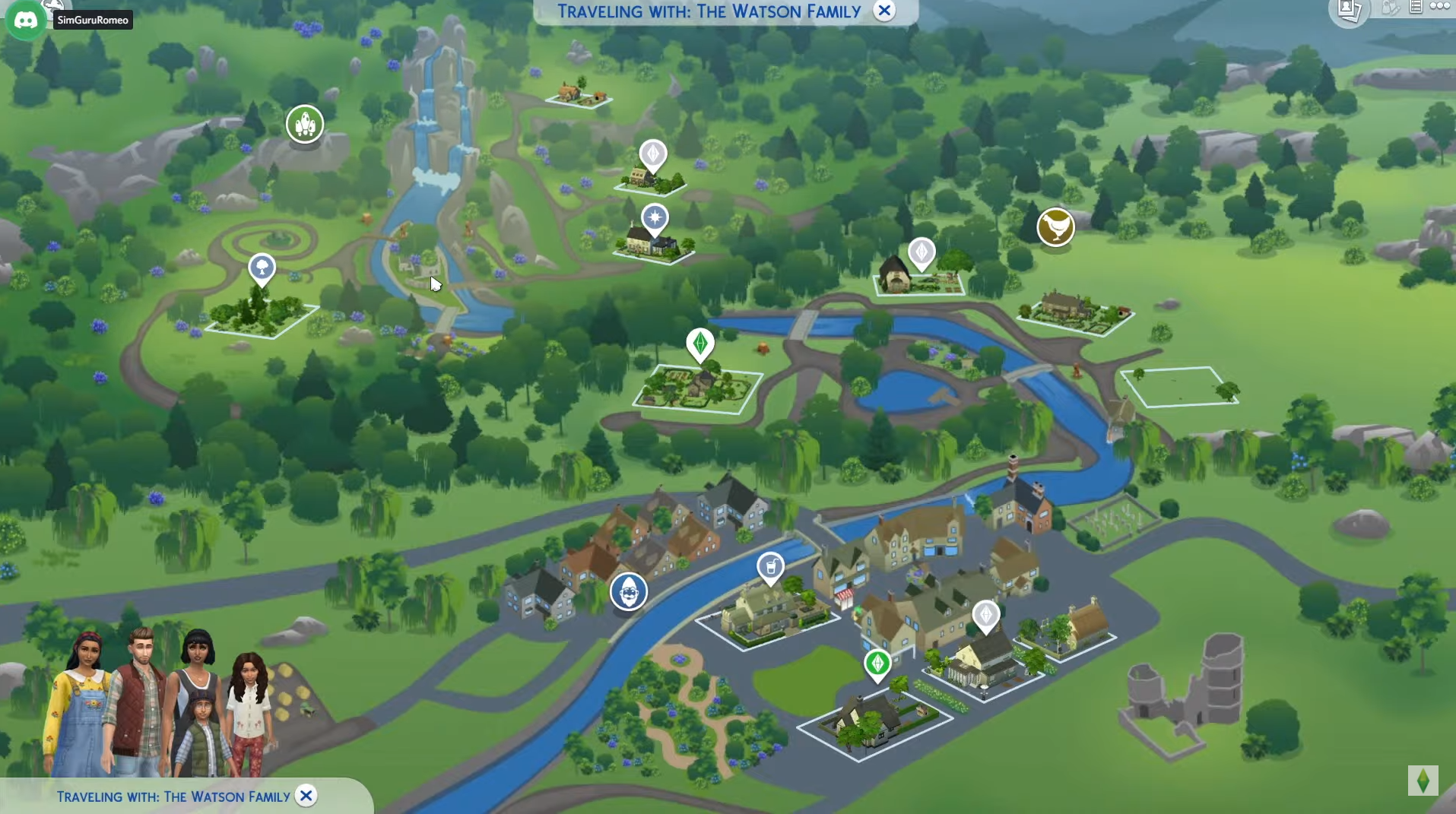 In addition to the above information released by Gurus, Simproved has also released a list of lot sizes for each of the lots in Henford-on-Bagley.

“The map and lot sizes of Henford on Bagley from the upcoming Expansion Pack! I know some builders wanna know, so here you go.” 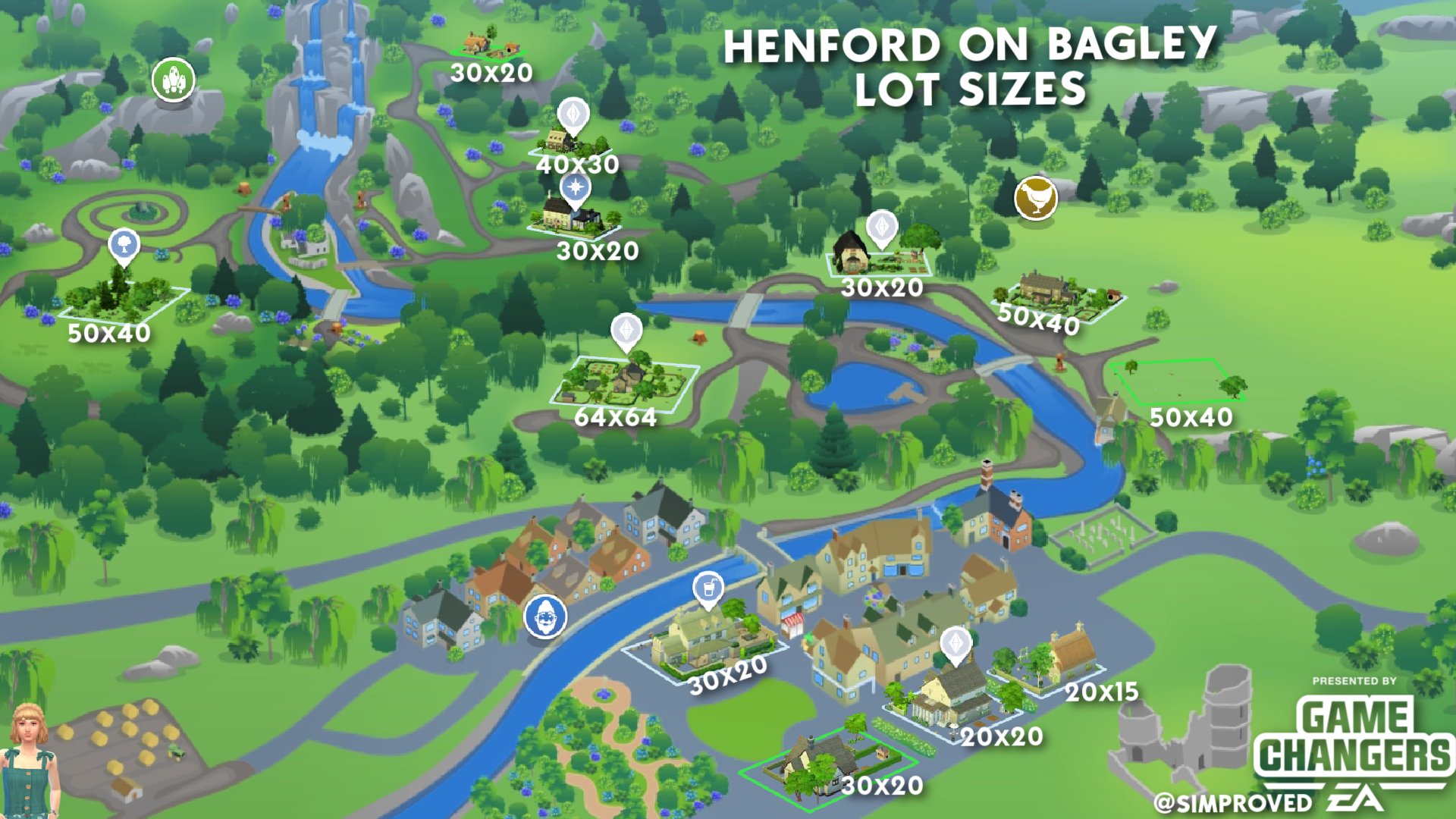 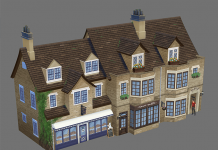 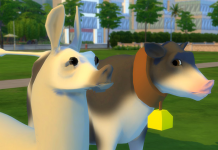