The Sims 4 Entertainer Career is one of ten careers available in the game. It gives an avenue for both comedians and musicians to make a living from their skills. Once a Sim reaches level 5 of the Entertainer Career, they must choose either the Comedian or the Musician branch.

Until this point, the daily task is to either write jokes or practice music. It is a good idea to pick which branch your Sim will be choosing right from the start. By doing this, you can have them perform the daily task that will enable them to focus on building the skill level for their chosen field. That way you’ll be ahead of the curve when you finally make it into your desired branch and specific skills start to be demanded at higher levels. 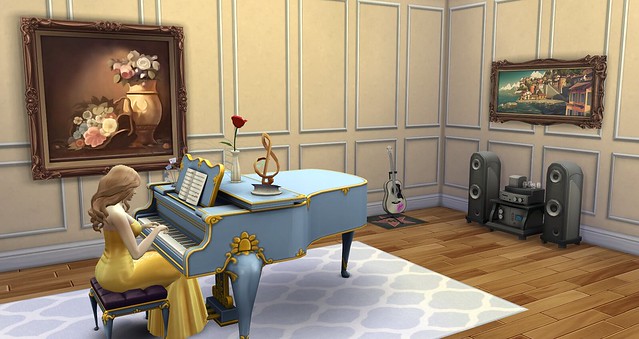 You can make performing the daily tasks easier by having a room set up that enhances the mood needed to increase those skills. For comedy, having a playful aura room is extremely helpful. For music skills, you will want to have an inspired aura room. For more information on moods and creating a specific emotional aura, click here. Oddly enough, the Comedian and Musician branches both get a career reward object at level 6 that provides an energizing mood…even though neither one of these careers require your Sim to be “Energized”.

The Musician Branch pays more at the top levels than the Comedian branch. You will find the required daily task is easier to complete as a natural part of your Sim’s day. The only problem is that you won’t earn an inspiring mood aura item until level 7. Without an alternative source of inspiring mood auras, you have to rely on actions to gain your inspired moods. Playing your instruments for inspiration is probably your best bet as those are 8 hour long moodlets. The only down side is that this career track is fairly light on perks besides cash. 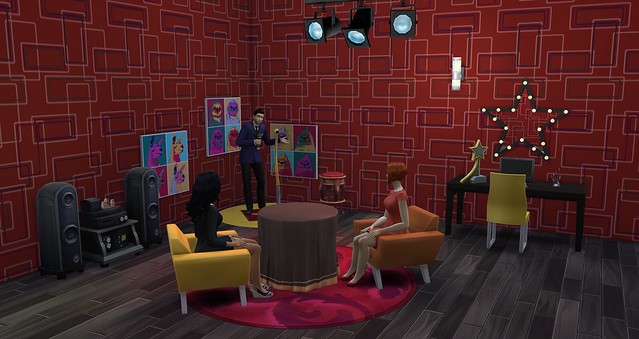 The Comedian Branch is probably the more difficult of the two branches. Writing and performing comedy routines is simple enough, but you also need to build up your charisma to level 8. Performing your routines only increases your comedy skill, not your charisma. This means this track will take a lot of extra work as it requires interactions which you don’t already do as part of your career. You make less money on the comedian branch as well. To make up for these disadvantages, you will find this career offers many reward items and bigger promotion bonuses.