The Sims 4 Secret Agent Career is one of ten careers available in the game. It has elements of the old Law Enforcement career from previous titles, but with it’s own spin. The first thing to note is that the preferred mood for this entire career is Focused. The base career and both branches all want you to be focused. Luckily, this career gives you the perfect tool to capitalize on this. The Browse Intelligence Database interaction has the chance to give you a two day long focused moodlet. Browsing Simipedia on the computer right before work is also a good option. 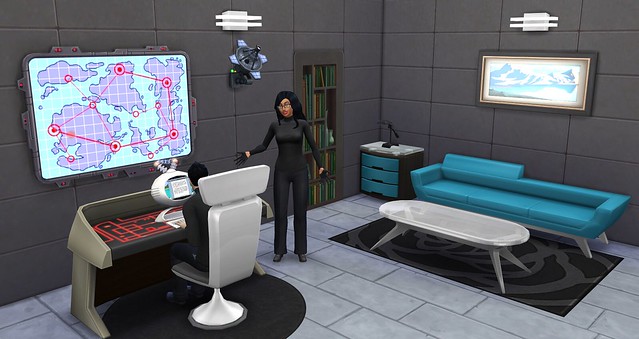 Pay attention to your daily task early on because it switches between “Browsing Intelligence” and “Friendly Interactions”. Both of these synergize well with the career requirements for promotions. You need both logic and charisma in the base career. Playing chess and actively talking to your chess partner will build both and satisfy the friendly interactions daily task. When your task requires “Browsing Intelligence”, be aware that it takes longer, so manage your time accordingly. Fortunately, browsing the intelligence database counts! When starting this career, buy the cheapest desk and computer chair you can get…because they will soon be replaced with free career reward versions. The base career is very big and does not split until level 8.

The Diamond Agent Branch gives you a very unique daily task: Romance Interactions. While the idea may be to have your character seducing and romancing the whole town, just romancing your Sim’s significant other repeatedly works just as well. In fact, it is recommended that you have a live-in SO by the time you reach this branch. Make sure you finish up your romancing well before you depart for work. While the daily task may be romance, the desired emotion is still focused and showing up to work flirty won’t help your performance bar. The final level in this branch has an odd shift in their schedule. The pay is good but you must endure 3 15-hour days a week so don’t count on getting anything else done on those days for that sim. 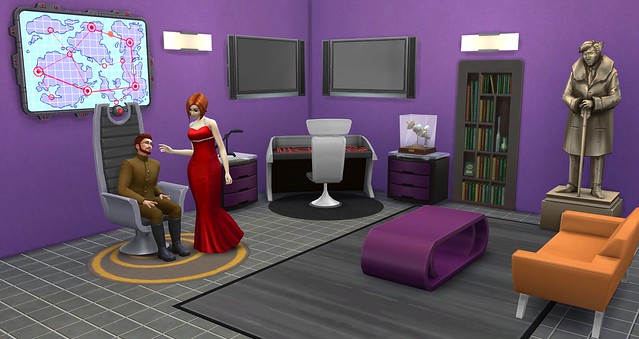 The Villain Branch ditches the desire for the charisma skill and trades it for Mischief, demanding that you get up to level 6 by the end of the branch and making it your daily task. Since Focus doesn’t help gain Mischief skill, you may want to avoid the 2 day long focus moodlet when trying to build up Mischief. Getting started on your mischief skill at the start of your career is even better. Unlike other careers, the Villain branch actually gets an 11th level. That said, the weekly pay between this and Diamond Agent is about the same. Rather than having 3 really long days, the top tier villain has 5 very short days.