Well Town Life is still a fresh new pack, so perhaps you may still be waiting to be swayed?  Well here is another Town Life review by EL33TONLINE that can help you decide. 🙂

The Sims has never been considered a hardcore game, and as such a lot of core gamers frown upon the franchise in a similar way to how they frown upon games like Farmville. Just like Farmville, however, The Sims is enjoyed by millions of people around the world. A lot of them play this secretively though.

Following in the tradition of alternating releases between Expansions, then a Stuff Pack, EA has released the latest Stuff Pack for The Sims 3 named Town Life Stuff. But rather than just give you more items to place in your house, this time they have made it somewhere between a full expansion and a stuff pack.

The Muffin family, dad Choc-Chip and mom Berrie, live in the suburbs with their little boy Carrot. Their lives were getting a bit drab. With nothing new available for them to enlighten their lives with, I figured now is the right time for a few new items in their home. 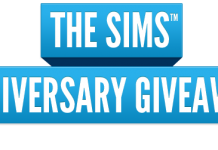 Free Gift from The Sims: The Sims 3 Town Life 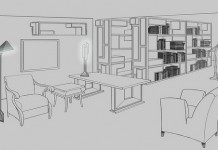