If you think Showtime is only the sixth expansion for The Sims 3, think again. It’s actually almost a preview of The Sims 4. Social tools and semi-online game coming to the Sims universe, and they do to stay … Prepare to succeed! 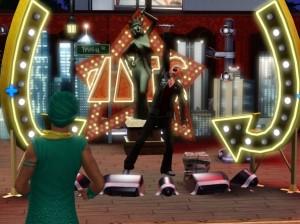 Sing, jump, do magic, wins … With friends and The Sims 3 Jump to Fame! Sims games are the most social disparities. They have millions of fan sites, forums with thousands of users and the Exchange is downloaded tens of millions of creations every day, not to mention the runaway success of his younger brother, The Sims Social. But, strangely, is one of the few franchises that does not yet include an online mode or form of communication between players in the game … until now.