IGN Previews Supernatural -- The Life of a Witch | SimsVIP


Witches used to largely get a bad rap in popular culture. Giant, wart-covered noses, green skin, pointy hats and cauldrons full of nasty ingredients were the norm, and they were unsurprisingly portrayed as villains. Witches of this ilk might curse you in your sleep, eat your children or maybe just put you through something horrible in order to get pleasure out of watching you squirm. 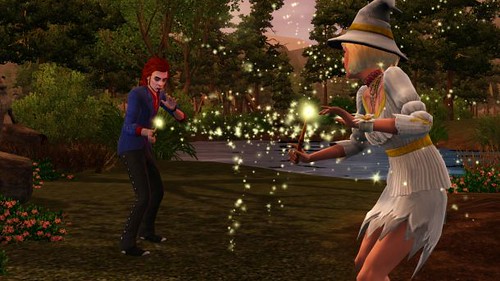 That started to change with Harry Potter, though. Witches were suddenly super cool, quirky and could be beautiful. Sure, they could use their powers for evil, but they could also do good, not only for themselves but for humanity. Which is where the likes of the witches in The Sims 3: Supernatural expansion come in: they’re what you want them to be — evil jerks with an agenda that can involve raising the dead, or do-gooders who can use their craft benevolently.