Considered the apogee of the late baroque period, Antonio Vivaldi’s The Four Seasons is now ubiquitous. Reduced to a hackneyed signifier of luxury, the concertos have been used in ads for Hewlett-Packard, Lincoln as well as countless jewelry stores, each gradually ebbing away at the set’s articulation of the splendor of an annual cycle. British composer Max Richter’s recent work, Recomposed, strives to reclaim Vivaldi’s masterwork, reworking each piece to recapture the sequestered grandeur of the suite. Pleasingly, the newly arranged high strings and tranquil tenors allows The Four Seasonsto shine anew, unsullied by the stain of brash consumerism. 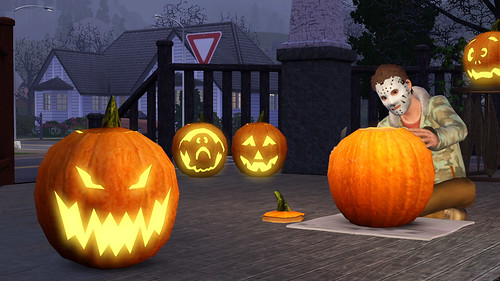 In many ways, The Sims 3: Seasons attempts the same feat. Following a succession of Expansion and Stuff Packs which culminated in the addition of Diesel and Katy Perry-inspired items, it seemed as if EA’s once-promising franchise was in danger of wearing out its welcome. Smartly, Seasons proves to be a worthwhile supplement, contributing a number of stimulating elements to the Simiverse. In short, the expansion might just be adept enough to rekindle an interest in the title.