EA has released The Sims 3 Seasons, the eighth expansion pack for The Sims 3 franchise, which launched in 2009. One of the greatest aspects of playing The Sims, from the first Sims to The Sims 3, is that the game is really what you make of it. There are so many variables that affect gameplay, which increase with each expansion pack. It starts with the player, they create a traditional Sim working a 9-5 at the local bookstore, or one whose ambition is to become a rock star, or a criminal, or a politician, or an athlete, or a world-renowned surgeon, and much more. 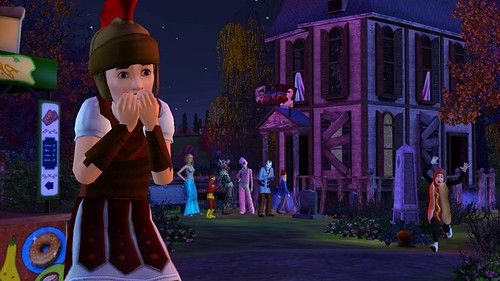 Between the mix of personality traits available for a Sim, life goals, jobs, careers, age, the random generated NPC characters, and the personality of the player; most anything is possible. That being said, each expansion pack introduces subtle nuances to the game, in addition to new character traits and objects, and The Sims 3 Seasons is no exception. The additions are clever and often revealed only with exhaustive gameplay or time, as evident by the ever-evolving wikis and walkthroughs, which grow slowly as new features are discovered.