Swedish site Moderskeppet recently interviewed Magnus Hollmo (aka: SimGuruMeatball). The short interview gives some background on how Meatball went from messing with photoshop, to having a career which most can only dream of!

I love stories with happy endings, because I think so much about the story of Magnus Hollmo turned his life around and had their dreams come uppfyllese.Indeed, partly with the help of Photoshop. As a teenager Magnus Hollmo a very narrow and fragile guy in Hudiksvall any time sat at home and drawn or created on the computer. 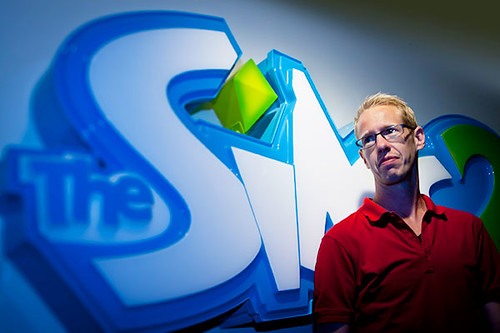 Magnus was different and therefore an obvious target of older bullies who thought it was fun to verbally attack him, beat him up, both in and outside school. Bullying did Magnus increasingly introverted, and got him to escape into art and the world of computers. Games, he was most interested in because of aesthetic reasons – he studied graphics and tried to copy the images in Photoshop.