Dragon Valley: Through the Eyes of a World Builder | SimsVIP

Dragons! We knew that we were going to have dragons before we even knew what kind of world to build. I believe this is the first world that we tailored in order to fit an object, therefore Dragon Valley was really created as a place for dragons to exist. As always with The Sims, we needed to balance gameplay, design and technical limitations and with this world, we started very early with the idea of a valley that was somewhat isolated which, although existing in the modern age, might harbor dragons and a unique population. 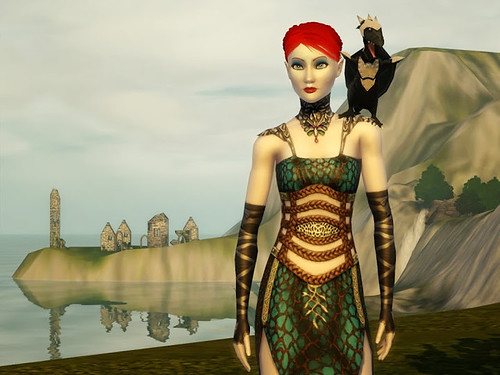 There are so many stories and myths surrounding dragons that we had a lot of material to choose from. We wanted to get a fairly clear story for this world but also wanted to make a world that would not limit the stories that players could tell and discover on their own. To start, we listed out various inspirations that we wanted to incorporate. A Celtic and chivalric influence, some fantasy elements, a town that had been initially built in the middle ages but had developed over time, and dragons across different cultures were all key components.

We decided on a rural village feel to the town but still kept elements nearby for gameplay reasons. As the team began to collect reference photos, many of us were enamored with rolling hills covered by stone fences so we opened the deep valley to mirror our initial impressions. We also thought that using images of white cliffs could be used as a way to make this world very different from any one we had already produced but also still appealing and somewhat idyllic. 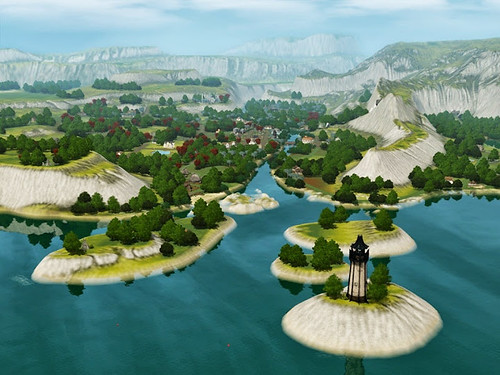 I made the terrain for this world, so I must admit that I am more thrilled with the final result in Dragon Valley than I have been for any other world. Although very large portions of the world are quite flat to help make it easier for players to add large lots of their own, it does not feel that way. The largest mountain is well within the gameplay area, and your Sims can actually climb it.

It looks to me like it could be the ancient home of a dragon. Although we have striking cliffs, the rivers and ocean are still easily accessible for your Sims to swim in. Initially the world was very green and white but the team added a reddish hue to both terrain and trees, giving the world a warmer feel. We also added some man-made chalk designs in the terrain to help incorporate our fiction world with the long established history from the Neolithic to the present. There are a few Dark Age ruins added in there too – although it’s possible that the dragons may have destroyed them! 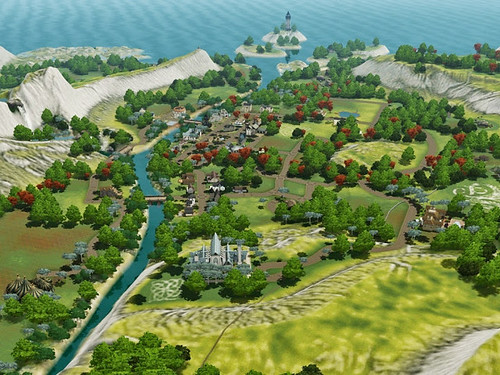 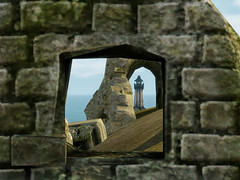 There are a few things done differently in this world that may not be recognizable to most people but we see these small changes giving the world an updated look and feel. For example, the road texture is somewhat more elaborate than usual but it is also very close in value to the terrain; therefore, the roads tend to blend in a bit more than they have in other worlds. We carefully placed trees on roads in waves and tendrils, creating windy roads, glens and fields, all bordered by trees. We also used larger sized trees than we normally do to show how some of these trees have been growing for hundreds of years. The trees also have more contrast, to help show how the natural landscape is more important than the man-made, even if the natural world includes some supernatural pets! 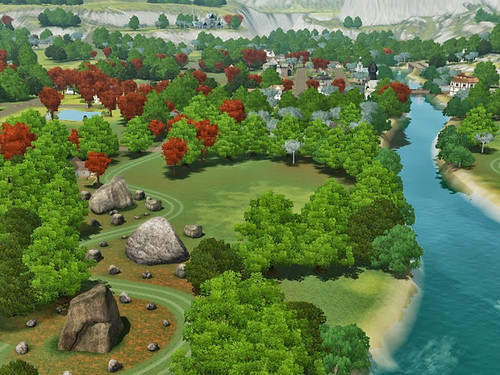 Spending time on the fan forums was critical when it came to making big decisions and we made a few changes based on what you were telling us. One of the key pieces of feedback that players had to share was the idea that users did not love The Sims 3 Ambitions lots automatically appearing in thematic worlds – therefore, most players will be pleased to learn that the lots introduced with The Sims 3 Ambitions will not appear automatically.

Some of you may disagree about this design so please note that these lots are something we feel we ought to at least try. That said, we did equip the world with a number of empty lots, many of them quite large, so players can load this world and start building or importing lots right away. Plus, the highest level plain is a sprawling area that is fully ready for players to build and explore while still being nearby to all the rabbit-holes and gameplay that Dragon Valley has to offer.

I am really looking forward to seeing how players make this world their own and on behalf of The Sims Store team, we hope Dragon Valley inspires you to tell new stories, befriend a dragon and play with life! 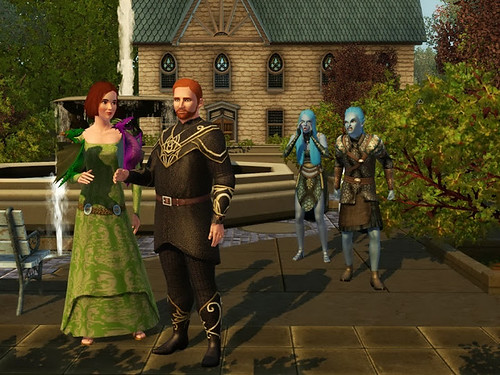 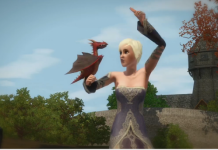