Finding The Right Tone For Into The Future | SimsVIP

The Sims 3’s latest expansion pack, Into the Future, seems like a simple concept: Take the long-running Sims franchise and set it in a futuristic world. But according to developer EA Maxis, the studio had to carefully construct that world because of all the existing history of the series. 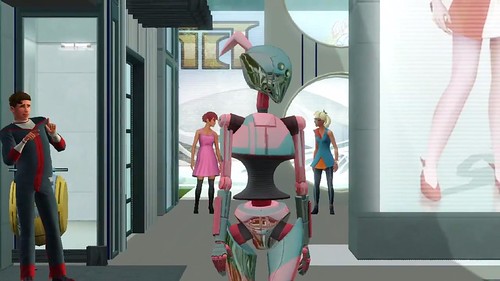 “We had to appeal to everybody without alienating anybody,” said Justin Thomas (above right), art director on The Sims 3: Into the Future, during a panel at New York Comic Con yesterday evening. According to Thomas, designing the art of Into the Future was a complex process with significant constraints and other considerations.