The Sims 4: Into the Future Concept Art | SimsVIP

As mentioned by King during the Gamescom Live Broadcast, The Sims 4 makes quite a few appearances in The Sims 3 Into the Future Expansion. One of the more noticeable appearances is through the “projection wall”, where Sims can unlock new concept art images.

Dylan Arcadia, who already has the game, was kind enough to provide us with the concept art images that appear in the game via the projection wall. Unfortunately, there isn’t anything new.

*Update* – Dylan has also sent over the remaining “projections” from Into the Future as well. I’m loving the Volcano! 😀 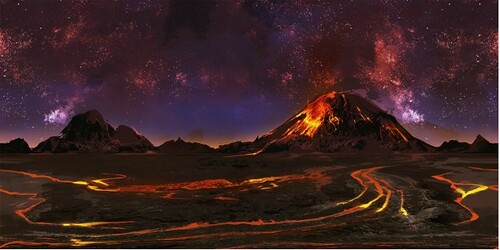